An international drugs gang has attempted to import cocaine and heroin worth millions of pounds hidden in consignments of fruit and vegetables from the Netherlands. Port authorities discovered drugs with a street value of £40 mln when they intercepted four shipments destined for the north of England but investigators believe this was 'the tip of the iceberg' and that the alleged conspirators were behind more than 200 shipments.

Andrew Thomas QC, opening the case for the Crown at Manchester Crown Court on Tuesday, told the jury the case concerned the importation of 'vast quantities' of drugs from continental Europe into the UK. 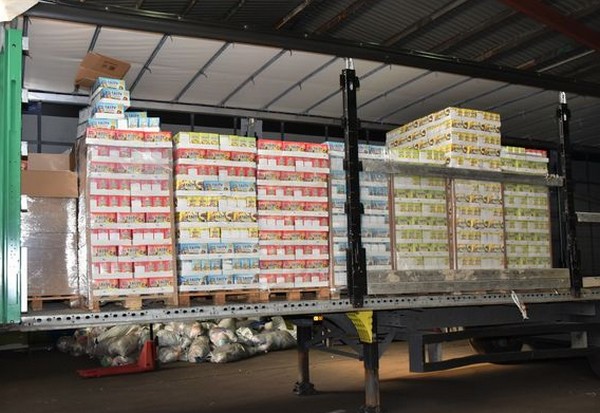 The drugs were hidden in pallets of vegetables, herbs and fruit juice. They were 'shipped under the cover of fake import-export businesses using 'fronts' trading under the names such Pot Fresh, Blackpool Fruit and Veg, Europroduce, Irenka Foods, Wayfair Wholesale, HGG and Universal Wholesale.

A firm called Pot Fresh, a name stolen from a legitimate company, began importing veg from Holland in September 2016 but one of the consignments, placed on pallets and shrink-wrapped, was handed to a Dutch haulier ready to be shipped to the UK, the court was told.