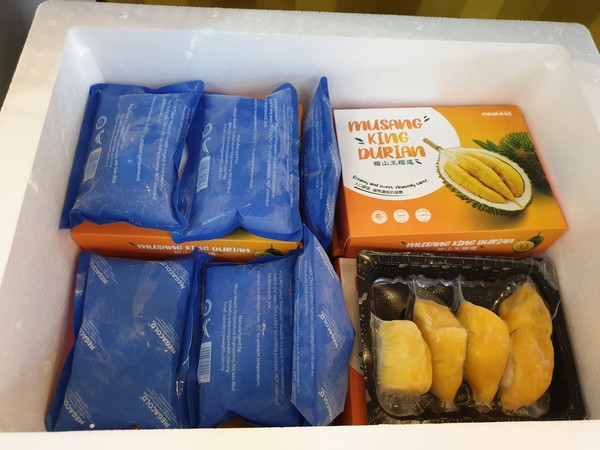 According to manager He, the blossoming season of durian trees requires one week of continuous heat, but the rain season arrived early last year. The durian trees in Pahang suffered from continuous rainfall in the blossoming period from September to October and produced fewer flowers than usual. In addition, the temperature suddenly declined, which further reduced the number of flowers. Many durian plantations experienced problems with excessive waterflow, and in some areas the plantations flooded completely. 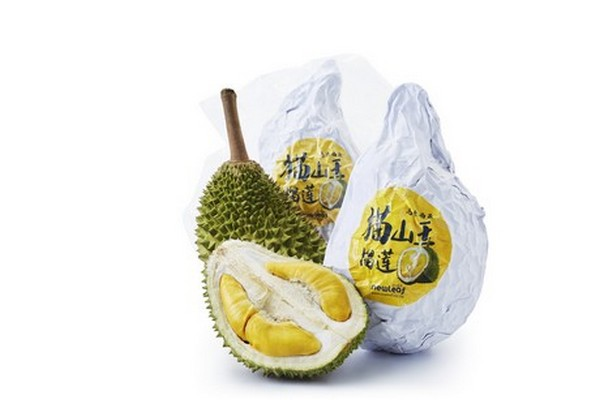 "Malaysia issued a second movement control order that came into effect on the 13th of January. All public locations temporarily halted operations. The first movement control order was implemented in March 2020 and at the time the sales of durian went up. Many people were forced to stay at home and they ordered durian online. Market demand significantly increased during the lockdown," said manager He. That is why NewLeaf Plantation Berhad changed their marketing strategy for the second lockdown. They are now focusing on online sales channels to respond effectively to increased consumer demand.

NewLeaf Plantation Berhad primarily exports durian to China, Hong Kong, and Singapore. "The number of flights declined because of the pandemic and the cost price of transport went up. In addition, the production volume declined. This combination of rising transport costs and reduced production volume forced the market price of Malaysian durian to rise by 15%-20%." 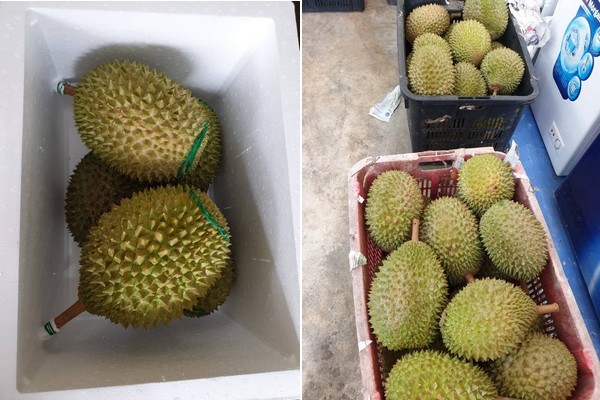 "Many Chinese consumers had never tried Musang King durian from Malaysia, but once they tried a sample, they immediately turned into loyal 'Musang King durian fans'. The next phase of our development plan places emphasis on product recognition. We aim to promote Malaysian durian in every corner of the Chinese market. Our strategy mainly works through online exposure and sales promotions in online shops. That is how we hope to share knowledge about the Malaysian durian with a growing number of Chinese consumers and give them the chance to taste this unique and delicious flavor for themselves."