Things starting to go back to normal at Mercamadrid, with reactivation of fruit and vegetable transport

"We knew it would snow, but we didn't expect anything close to this"

Mercamadrid, the second largest wholesale market in the world and the first in Europe, is recovering its activity after having been closed from Saturday to Monday as a result of the impact of storm Filomena, which has covered the central-northeast of the Iberian Peninsula with snow, including Madrid. The approximately 800 companies that work in Mercamadrid will gradually return to their usual activities to guarantee the supply of fresh food. 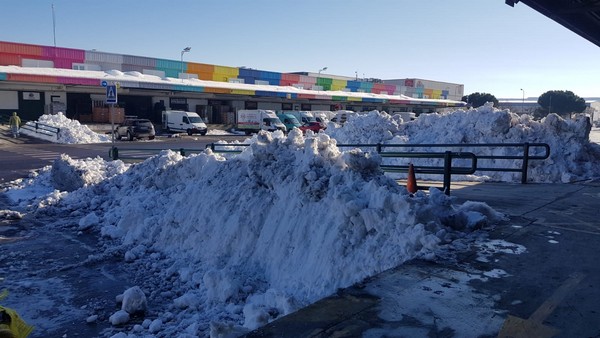 The main communication routes are already operational after the retentions of previous days, although due to the low temperatures, which will continue throughout the week, there is still accumulated snow, which is making it difficult to circulate on many streets and highways. In fact, the schools in the Region of Madrid will remain closed until January 18. The airport cargo terminal is also operational again after almost three days out of service.

“The truth is that nobody expected something like this. We knew it would snow, but nothing close to this. I've never seen anything like this before,” says Antonio Montes, of the Hermanos Montes fruit and vegetable marketing company, which has stalls in Mercamadrid.

“The situation has been difficult, especially for imports by air. Many flights have been either diverted or canceled. We have had to deliver our air-shipped pineapples via Barcelona, ​​because they could not land in Madrid. On the roads, some of the trucks that were on their way to deliver goods have been stranded from Saturday until yesterday morning,” he says. "There has been a lot of uncertainty, because we didn't know if the deliveries were going to arrive and whether we would be able to open." 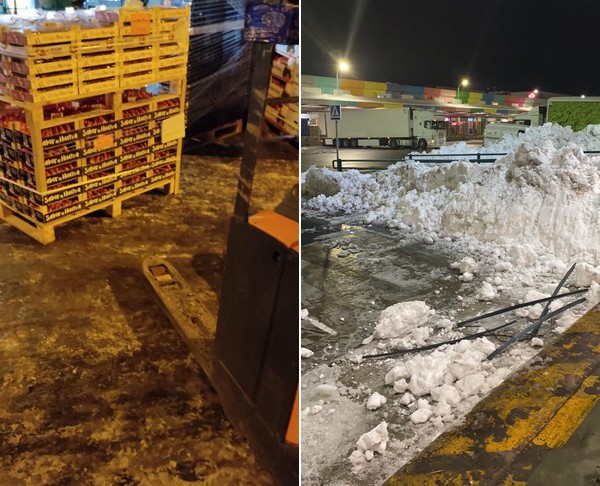 “Thanks to the formidable work of the UME Military Emergency Unit, it has been possible for our activities to be almost fully resumed. I say almost, because although the snow has been removed from the main arteries of Mercamadrid, the ice has remained due to the temperatures we still have, which oscillate between 2º and -11°C,” says Antonio Montes.

According to the marketer, although sales have been smooth because the market remained closed on Saturday and Monday, many customers have not been able to arrive because plenty of streets in the capital are still covered in snow. "If they had all come at the same time, we would perhaps not have had enough for everyone, so it's almost better this way."

Antonio Montes also highlights the notable price increases reported for almost all products, especially vegetables. “These are unusual times, but it is necessary to be prepared for what's to come. At the end of the day, we are this country's pantry.” 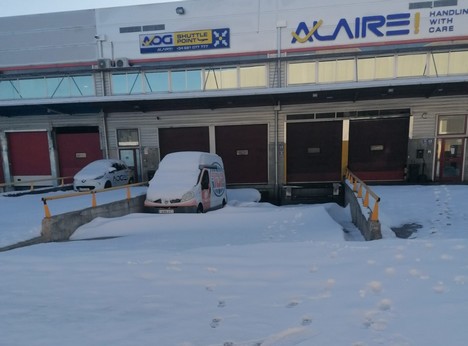 Sales have been very good, despite the lower number of customers, which is expected to recover gradually in the short term. Returning to normal will depend on factors external to Mercamadrid, such as whether buyers will be able to circulate without problems caused by snow and ice between their locations and that of the wholesale facilities.

Food transportation is starting to go back to normal after the storm, although problems persist when traveling through the central parts of the country. "On Monday night, we were able to unload in Mercamadrid and in large distribution platforms such as Alcampo, Supesol or Carrefour, among others. Also, due to the need for supply, the goods that should have been unloaded on Saturday and Sunday have been accepted," says Antonio Matías González, Director of National Operations of the Murcian company Transportes El Mosca.

As the roads were blocked, large distribution chains became increasingly concerned, since some supermarkets run out of supply. "In spite of everything, the flow of goods has been the same; the demand for fruit and vegetables has not changed. The difference is that all unloadings have been accepted, regardless of delays," says Antonio Matías González.

Now large platforms are pretty much clear of snow and it's possible to circulate, although many small companies and industrial estates are still dealing with accumulation of snow. "Our logistics base in Pinto still has a foot of snow. Snow removal tasks are very slow in industrial estates, but we hope for things to go back to normal little by little," he says. 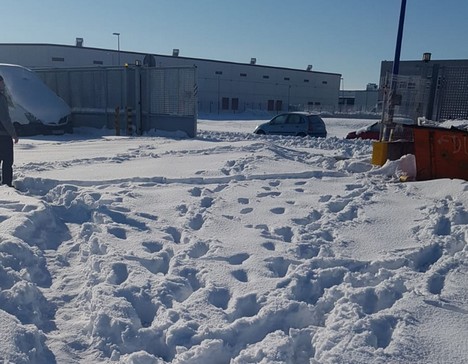 Access gate to the facilities of El Mosca in Pinto, Madrid.

Another anecdote regarding the retentions is that "those trucks that departed a few days later, when the roads were already clear, have reached their destinations earlier than the trucks that were stranded by the snow," says Antonio Matías.

"We didn't like the unfairness of trucks being prevented from entering the province of Barcelona, where all traffic was paralyzed as a precaution, even though the conditions in the roads were good. Many trucks that came up from Almería and Murcia were unable to travel beyond Cambrils."

The main roads going through the central parts of the country are open, although caution is advised due to the presence of ice. Secondary roads are still problematic. We hope that the situation will normalize as of Thursday.