Supply speed increases and price of apples from storage comes down

The production season of Golden Fuji apples has already come to a successful conclusion. The sales conditions are stable at the moment and the price does not show significant fluctuations. The growth season of Golden Fuji apples is longer than for most other apple varieties and they are only harvested after the first week of November. That is almost 40 days later than most other apples. They are allowed to ripen naturally, which helps the apples accumulate sugars. Golden Fuji apples have a sugar content of around 16%. The high sugar content, combined with the beautiful and unique appearances, make them a popular fruit in the Chinese market. 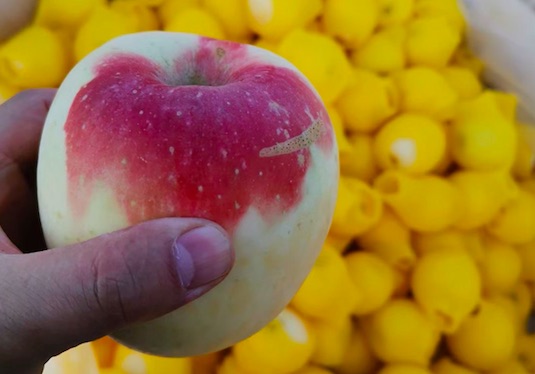 "Compared to the Chinese market in general, the Chinese apple market is not doing well. The prices of many different apple varieties continue to decline. However, the sales conditions of Golden Fuji apples were still alright this season. The price difference with previous years was only minimal. This is mainly because the Golden Fuji apple is a unique apple variety." This is according to Mr. Wang Gangchun of Yantai City Muping Lufeng Agricultural Cultivation Co., Ltd. 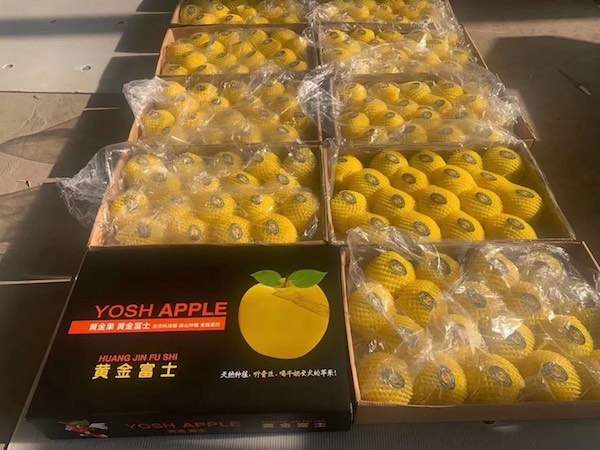 The Golden Fuji remains in a protective pouch throughout the growth season, which eliminates the need for agricultural chemicals. Furthermore, the apple peel is not waxy like other apple varieties, which means this variety can be eaten without peeling the apple first. The Golden Fuji apple is rich in nutrients. The Golden Fuji apple is mainly sold online because the apple is harvested much later than most other apples and the price is relatively high. Furthermore, the apple is not available to buyers in every part of the country. Even though this apple variety only entered the market a few years ago, consumer demand has always exceeded the supply volume. 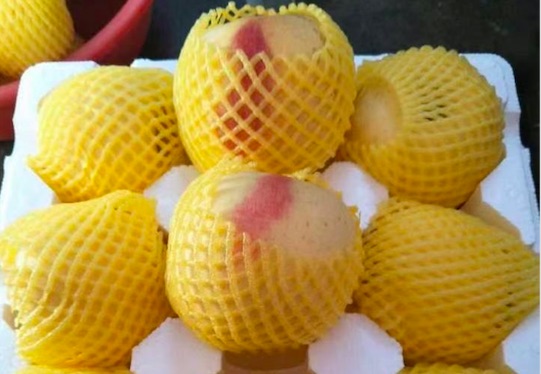 When asked about current conditions in the Chinese apple market, Mr. Wang replied: "Conditions have not been smooth in recent months. The supply speed is slow because farmers and suppliers with stock in storage hope the market conditions will improve in the second half of the season. They hold out for a better price. However, the realistic expectation for most apple varieties is that the price will continue to decline. Some farmers and cold storage suppliers are aware of this market prospect and they have begun to release their supply, which in turn dragged the price further down."