The Pharr International Bridge, which provides a direct connection between the US and Mexico and is located in Pharr, Texas, has been seeing major expansion in recent years with more plans for expansion and innovation currently being carried out. The bridge services three major sectors: produce, energy (such as oil and gas), and raw manufacturing, and it is ranked as the number 1 produce bridge in the US, being responsible for crossing 65% of the nation’s produce. Tony Martinez of Primo Trading Services is the Vice Chair of the Board for the bridge and Luis Bazan is the Bridge Director, and they discussed how 2020 has been and what plans will be carried out in the coming year. 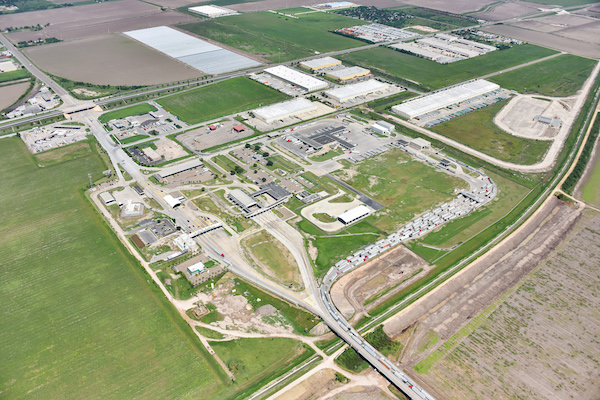 The role of produce
Because the bridge provides a direct connection between the US and Mexico, produce crossings are an integral part of the bridge’s traffic. “Right now, the total crossings on the Pharr International Bridge represent about $35 billion in trade annually and that number continues to increase every single year. 17% of the total crossings are avocados, and 11% are berries,” says Martinez. Bazan adds: “The latest study shows the bridge to be the 29th most important crossing among all land, sea and airports in the US, out of a total of 485 ports. For produce, specifically, the bridge is the number one crossing. This study was first conducted five years ago and since then we’ve been able to gauge where we stood in terms of other trade hubs. Ever since then, our truck traffic has only been increasing.”

Throughout 2020, despite the complications the pandemic has brought across the world, the produce crossings for the bridge have seen an increase. “In 2020, everyone in the supply chain was hit, but produce consumption in the US increased,” says Martinez. Bazan adds: “We were expecting big losses due to the pandemic– in April we expected there to be a 30-40% loss in truck traffic and it ended up only being 13%. In May, too, we expected 20-25% losses, but it was only 7%. Those were the only two months where we actually saw some losses, overall, throughout 2020 we have seen tremendous traffic spikes.”

The bridge’s produce season runs from October through September, and it recently kicked off its new 2020-2021 season. “January through March marks the peak of the season. This past summer we have seen consistent growth in produce shipments from Mexico, averaging 14,000 to 15,000 shipments per month, and this is expected to increase during the peak season, to over 18,000 to 20,000 shipments per month” Bazan explains, adding: “Avocados and berries are some of the biggest value commodities that cross through the bridge.”

Plans for expansion
This year, construction started on two additional north-bound lanes on the bridge, which are expected to be completed by March of 2022. “This project will include a gate-to-gate service that will allow trucks to be checked electronically. Some trucks will be able to get pre-certified and then circumvent the import lot through unified cargo processing,” explains Bazan. “While this won’t apply specifically to trucks carrying produce, it will have an indirect impact on produce because it will allow for increased efficiency and eliminate about 800 trucks a day from the workload of the Customs and Border Protection crews. When these 800 trucks will be freed up, the CPB will be able to get through the trucks carrying produce much faster,” Martinez adds. 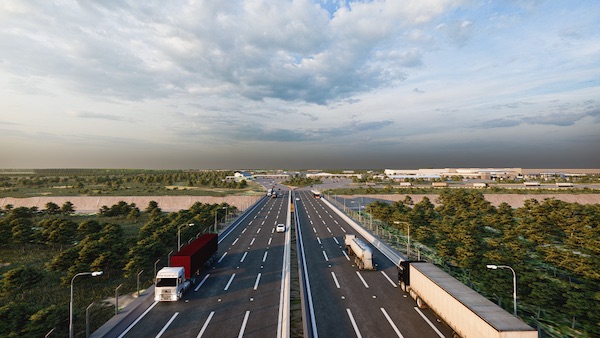 Another priority project that is underway is the bridge expansion, for which they were granted a presidential permit in December 2020. “This will basically be a twin bridge, adjacent to the current bridge,” says Martinez. Bazan explains: “It will be four lanes and the construction on this will start in late 2021/early 2022 and will last 15-16 month. This means we expect the project to be completed mid- to late summer of 2023. Martinez adds: “We’re thinking ahead to the next 20 to 30 years, and the new bridge will really set the standard for the coming decades.”

The Donations Acceptance Program (DAP) has provided an avenue for building the additional infrastructure for the bridge. “There will be a cold inspection facility, and agricultural laboratory AND training center and a complete expansion of the dock. The cold inspection facility will allow for expedited inspections for produce and it will be much more modern, with better temperature controls. The training center and the dry dock will allow CBP and USDA to provide on-site training for future ag inspectors and entomologists. All of this should make the transports and crossings much more efficient. Construction on this should be completed around 2024,” shares Martinez.

Finally, plans are also in the works for the long-term future of the bridge. “We are part of a Texas-Mexico Border Master Plan, which looks to make the logistics much more efficient. By 2050, we want to set a new standard for logistics. We want to expand the current import and export lots for the bridge and implement a rail and air cargo project. We are thinking outside the box and looking at what others are doing to develop new pilot programs,” Martinez says.

“The Pharr International Bridge has grown into a very significant port of entry in the 26 years that it has been operational. Now, at the end of the 2020 fiscal year, the numbers are higher than ever, and with the expansion projects that we are currently working on, we are hopeful that we will continue to grow in revenue, efficiency, and significance,” Bazan concludes.