The green-skinned avocado varieties, with which the campaign kicked off in Spain in late September and early October, were followed in early December by Hass avocados, whose harvest is currently in full swing. Despite the popularity of this fruit, the start of the campaign, which also coincided with the Christmas shopping period, was not as good as expected, but the situation is changing now. 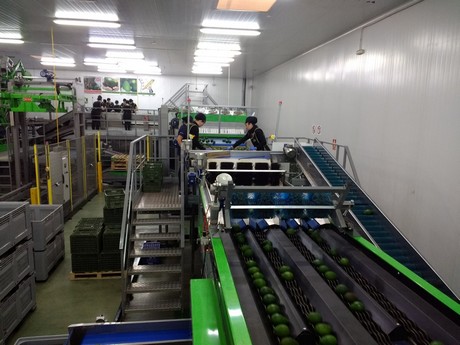 “In general, Spanish avocados haven't been entirely successful as a consequence mainly of two factors. The first of them has been the date. At the beginning of December, the fruit does not yet have the ideal conditions for a perfect ripening, and this means that many chains do not want to start working with Spanish produce yet. The second reason, but no less important, is the high price of the fruit from Spain,” says Juan Antonio Reyes, manager of the Malaga-based company specialized in tropical crops Reyes Gutiérrez, based in the Axarquía region.

Both factors have marked the development of the Spanish fruit campaign in a period in which there is a wide international supply on the market. “At this time, there are many origins. Mexico is well consolidated, Chile is still there, although it is already beginning to withdraw, and there is also fruit from Morocco, Colombia and Israel, which have a smaller presence in Spain, but are important suppliers in Europe,” says the manager of Reyes Gutiérrez.

“However, there's also a market gap for Spain, and although prices are noticeably high, the prospects are good. In fact, since the last days of December, some chains have already been ordering Spanish avocados and paying the right price,” says Juan Antonio. “Chains like Lidl or Makro were already demanding them and now other big chains are considering starting with Spanish avocados. Specifically, some British chains with which we have programs are already asking us for prices,” he says. "With the rains behind us, this week we are already harvesting."

According to Juan Antonio, the lower harvest of Hass avocados in Malaga, the main producing area in Spain, is expected to be offset by the new areas that have come into production on the Peninsula, so the volumes this campaign should in line with last year's. However, the uncertainty caused by the escalation of the pandemic could take a toll on the fruit's consumption. 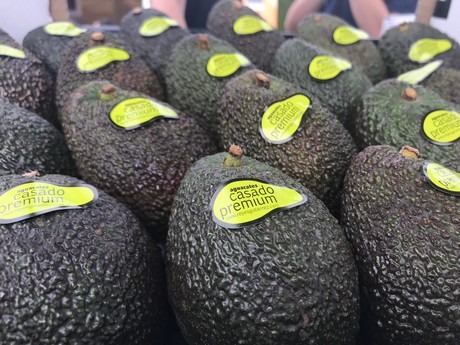 “In the first stage of the pandemic, people adopted healthier lifestyles and practiced sports. At that time, the daily tons of avocados in supermarkets doubled and even tripled,” says Juan Antonio. “However, now I see less interest in avocados than at the beginning of the pandemic. This Christmas, sales have actually been rather weak. Alerts and outbreaks are reported throughout Europe, where restrictions have been generalized to slow the rate of infections. The general feeling is of nervousness, so the consumption of avocados has suffered, since it does not seem to be a staple product.”

400 new hectares
Despite this exceptional situation, avocados have proven to be a safe bet in recent years, having become one of the most popular fruits globally, with a demand that has never stopped growing. Consequently, Reyes Gutiérrez remains firmly committed to them.

"We continue to make significant investments, including the planting of 400 new hectares in the Iberian Peninsula," says the manager of this company based in Vélez-Málaga. “We have already planted more than 50 hectares, and in 2021, we will expand with almost 300 more hectares; about 150 in the province of Cádiz and approximately 140 in Portugal,” says Juan Antonio Reyes.