Growers considering producing avocados in San Diego County with high-density plantings now have help to determine the economic feasibility. A new study on the costs and returns of establishing and producing avocados in San Diego County has been released by UC Agriculture and Natural Resources' Cooperative Extension, UC Agricultural Issues Center and the UC Davis Department of Agricultural and Resource Economics.

Avocado has been one of the prominent crops produced in Southern California since the early 1950s. California avocado production peaked in 1987-88 with about 76,300 acres. San Diego had been the leading producer accounting for about 60% of the acreage. 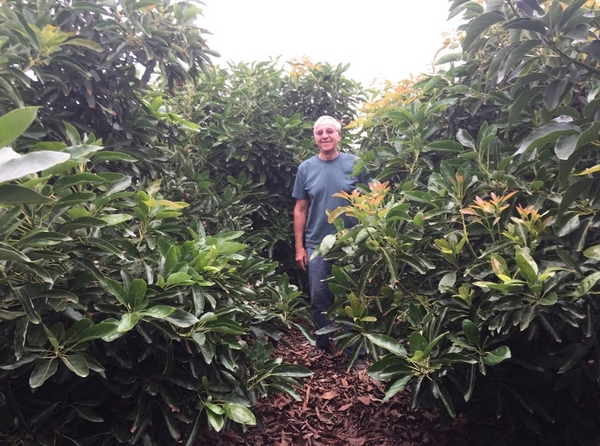 “Beginning in the early 1980s, there has been a continuous decline of acreage and production of avocados in San Diego County, said Etaferahu Takele, UC Cooperative Extension farm management advisor for Southern California and co-author of the study. “This is mainly because of the expansion of urban development that has increased the cost of producing the crop and especially the cost of water, reaching to up to $2,000 per acre feet in 2020.”

Although the cost of water accounts for 44% of the total production cost in the high-density planting, the water cost is proportionally less than in the conventional planting of 145 trees per acre when distributed over a higher yield per acre, the authors write.

Their cost analysis describes production operations for avocados planted at 430 trees per acre, with an expected life span of 40 years. The study includes a detailed summary of costs and returns and a profitability analysis of gross margin, economic profit and a break-even ranging analysis table, which shows profits over a range of prices and yields. Growers can identify their gross margin and returns to management based on their yield and prices received.

Input and reviews were provided by a UC Cooperative Extension farm advisor and grower cooperators in San Diego County. The authors describe the assumptions used to identify current costs for avocado establishment and production, material inputs, cash and non-cash overhead.