No delays in getting grapes to high humidity precooling: the way to avoid dry stems

The table grape industry’s problem with dry stems is well-known, says Jan Lievens, of UTE Applied Postharvest Technologies, but it is also wholly avoidable, he believes.

He refers to the presentation on South African grapes delivered by Oscar Salgado from SanLucar at the Global Grape Summit of 2020, in which Salgado noted “a strong discrepancy” between fruit in the field compared to its arrival, naming dry stems (rachis) a technical challenge to the South African industry.

Jan adds that the appearance of grapes is even more prominent this season, as sales are slower and grapes remain in storage for longer upon arrival. 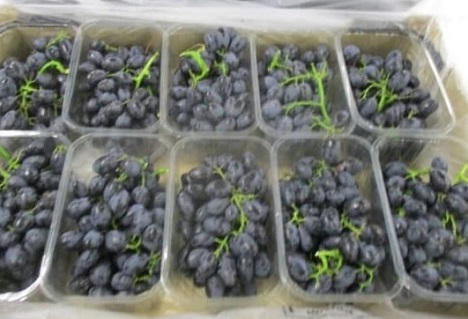 His brother and partner in Vendutiekraal Boerdery, Lucas Badenhorst, who farms in the Hex River Valley, has been running the system with success for a few years now. He cautions that it’s not just a matter of buying the equipment and the problem of dry stems is something of the past.

“It’s not a golden bullet that Jan proposes, it’s a whole approach you have to buy into,” Lucas explains. The big change to farm protocol is getting the cut grapes from the vineyard into precooling or receiving cooling within 20 to 30 minutes.

Jan admits it’s not always easy and in practice it means that a farm has to adapt to smaller, more frequent trips between the vineyards and the packhouse. Pieter says they manage to get grapes in from the furthest point of the vineyards to precooling within at most half an hour; on their farm they started the new harvest early last week.

“When you see the results, the changes required to bring in the grapes become self-evident,” Lucas notes.

In some parts of the Cape it can be close to 40°C when grapes are picked, and a warm wind blowing over the crates accelerates the desiccation process, so there will be no harvesting when it’s too warm under Jan’s system (he advises harvesting when temperatures are between 18 and 28°C) and grapes will never be transported uncovered on trucks.

“It just makes sense, doing it this way,” notes Pieter Badenhorst, “to avoid losing moisture from the stems.” 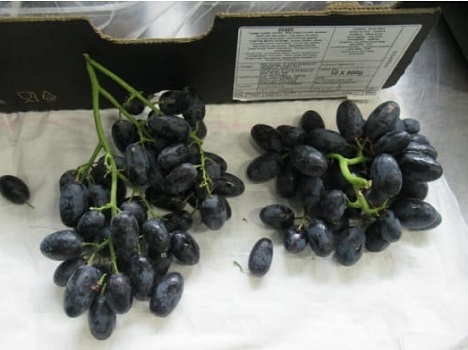 Stem dries out 15 times quicker than berry
During the precooling stage the field temperature is brought down at 95% relative humidity “to calm down the fruit”, as Jan puts it, to the temperature of the packhouse (17 – 22°C) and a relative humidity of 80%. The BIOTurbo filter that Jan installs removes airborne bacteria; it has been expanded to a system for packhouses to remove stale air and bacteria, and ensure sufficient air flow, to reduce the risk of Covid in packhouses.

It is this early stage that receives too little attention, Jan says, a fact which puzzles him. “It’s a way of thinking about how you handle your crop, and when you consider that the last 5% that you can do gives you 99% of your income, then it concentrates the mind beautifully,” Jan says. “If the grapes remained warm for too long before it was packed, you will get damage and you will get brown and dry stems.”

The stem dries out 15 times quicker than the berry, he explains, and it contains fewer sugars, making it simultaneously also more vulnerable to cold damage. In packhouses excessive wind speeds drawn over coolers at low relative humidity will ultimately result in dry stems.

“As long as the fruit is open to the atmosphere, we can make a plan,” Jan says. “And it’s not just grapes, it’s berries, apples and pears - I can still do something to make the fruit feel like it’s part of the mother plant. The timing of between 20 and 30 minutes is crucial, as well as the precoolers during which we get it to the temperature at which it is going to be packed, while removing airborne bacteria.” 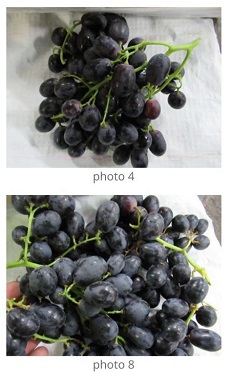 “When you’ve cut your grapes, you can lose your entire crop in the space of a few hours if the fruit remains warm for too long. Everything depends on that last 5% of the season and I find it strange that there’s not more attention devoted to it.”

Jan has trialled the UTE technology on apples in Controlled Atmosphere rooms, delivering 17% more apples at the end of two months from a room with the UTE’s humidity system compared to a control CA room.

Jan has found that the level of apples and pears drop by 10 to 15cm due to moisture loss inside CA rooms.

“He installed the post harvest technology two seasons ago with one of our best table grape producers in the Western Cape,” says Arnold Viljoen of fruit IP company TopFruit, “and the results are spectacular. The quality of the fruit improved vastly, to such an extent that we at TopFruit recommend this technology to all the producers that are planting our varieties.”

Arnold adds that the success of a table grape producer, in a world of growing volumes, will increasingly depend on the grapes’ quality upon arrival and its shelf life, and that this kind of technology will probably become standard in the industry.