The Mexican avocado production is continuing on at a steady pace, though the effects of the pandemic have brought some changes to the normal distribution patterns of the crop. Juan Escorcia of Avocados Aguirre shares: “The US consumption of avocados has remained steady but because of the loss of foodservice the overall demand is not where it typically is. This means that Michoacán has been rediverting some of their excess product to Europe.” 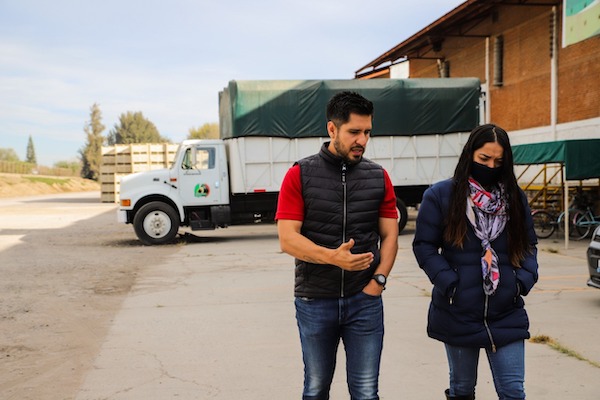 Lower prices this season
All throughout the world, the loss or reduction of the foodservice industry has affected produce markets. For avocados, Escorcia shares that demand has gone down by about 30-40% in the foodservice sector. “Retailers remain pretty steady, however,” he says. “But in the end, this does mean that the overall demand is down. Combine this with a normal year in terms of production volumes, and we are seeing an oversupply on the market, which of course affects the prices – the prices for Mexican avocados have decreased by about 50% compared to last year,” Escorcia adds.

Part of this is because Michoacán is one of the world’s largest production regions of avocados and their main destination is the United States, where the foodservice industry has been heavily affected. “The US is bringing in about 80% of Michoacán’s crop, so the producers there are looking for different outlets and have been turning to Europe for this. The months of December and January are usually pretty strong months in the European market for the suppliers from Jalisco, but now with Michoacán added into the mix, the overall offering of Mexican avocados in Europe has been much higher than usual. Additionally, origins such as Colombia and Chile are also supplying the European market during this time of the year, so the overall supplies in Europe are high too,” Escorcia explains.

Future of the US market
While the Michoacán supplies are currently not being sent to the US at their usual rates, Escorcia expects this to return to normal as soon as is possible. “Michoacán can send their avocados to the US market within 16 hours, so there really is no reason for them to export to Europe unless they are forced to, as they are now. Lower transit times means lower risk and faster turnover, so the US market will always continue to be the biggest focus for Michoacán,” he shares.

For growers in Jalisco, the US market is still not accessible, but Escorcia hopes that this will change soon. “There has been work from the official entities to try to open up the US to Jalisco avocados, and I think the progress that has been made has been promising. Jalisco has already incorporated all of the regulatory requirements into their production, so now it’s all about waiting on official agreements to be made. With everything that has been happening with the pandemic and then the election and upcoming changes in the government and the cabinet, there have naturally been some delays. But we’re on a good track, and strong efforts are being made to make this possible in the future, which would be huge for growers in Jalisco because the United States is such an important market for avocados.”

For Avocados Aguirre, they’ve been putting most of their focus on Asia, where they have solid programs in both Hong Kong and in Japan. “We have a lot of different protocols and procedures in place to ensure that our arrivals are of top quality,” says Escorcia. The Jalisco avocado season will wrap up at the beginning of April and transition to the new crop which starts in May.