New packaging has been launched for Red Prince apples, a Canadian apple grown by the Blue Mountain Fruit Co. that’s harvested in the fall but not sold until the winter. 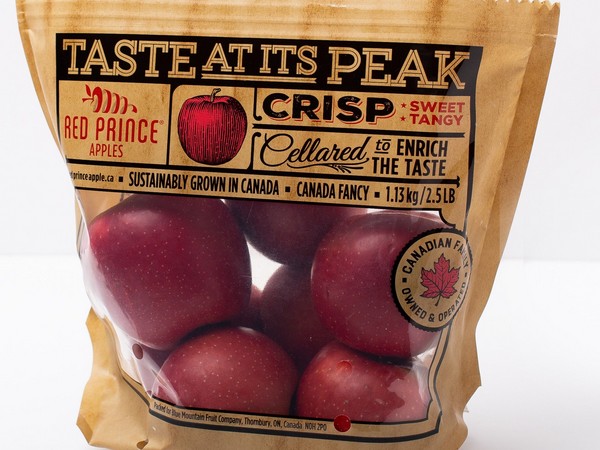 The new Red Prince bag will biodegrade faster than traditional plastic and is also recyclable.

The sustainable film bag will biodegrade five to 15 percent in the first 30 days and is estimated to finish degradation in five years compared to a normal cycle of 1,000 years.

The bag will biodegrade in landfill and oceans when it’s consumed as a food source by the microbes present in local landfill sites and oceans. The bag’s Eco-One® organic additive allows microbes to consume the plastic, then signals other microbes to the site. They collectively feast on the polymer chains, thus breaking down the chemical bonds of the plastic product at an accelerated rate. The bag biodegrades into methane, carbon dioxide and inert humus (which makes soil richer). Both the methane and humus can be captured and used as a source of renewable energy. This technology is introduced by Midori-Bio and is new to the market with Red Prince. 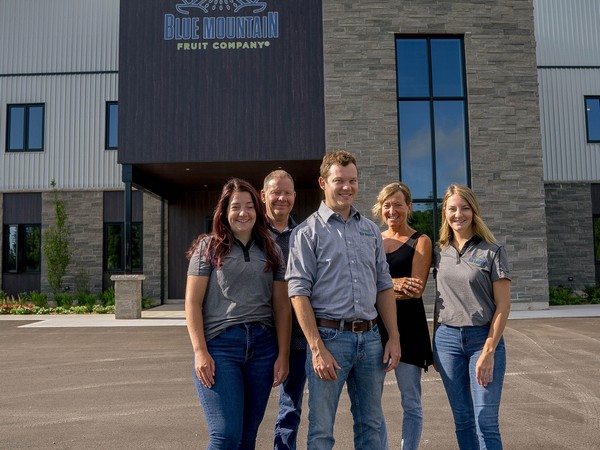 Recycling option
The bag is also recyclable and has moved from a #5 recyclable bag to the efficient recyclable option #2 plastic. The bag uses new HiC technology that makes it possible to have a clear bag with a #2 recyclable claim. #2 is the most accepted and used recyclable plastic and Blue Mountain Fruit Co. says it’s the first company to launch this technology in Canada. This is unlike traditional plastic which is air and water-tight and while designed to be stable, the polymers in those bags do not biodegrade easily and will last in the environment for centuries. 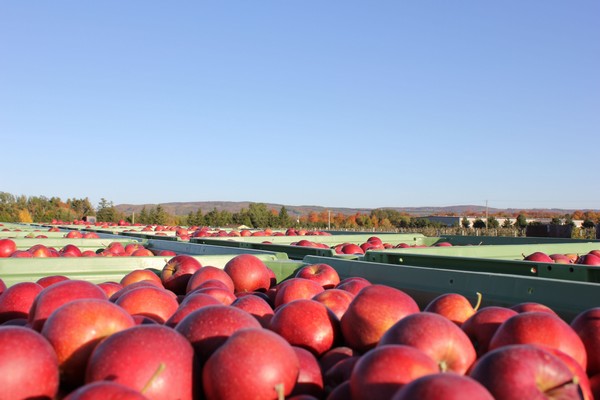 The apples will also continue to be sold loose once they’re introduced into the market fresh mid-Canadian winter. Following harvest, the Red Prince Apples are cellared until the new year like a wine. While the apple sleeps, its flavor and texture are enhanced as the sugars and acids mature.