There are roughly 12,000 to 15,000 permanent and seasonal workers in the Aussenkehr Valley and Noordoewer to grow, harvest and pack Namibia’s 7.5 million 4.5kg cartons of table grapes.

Every year thousands of Namibians come from as far north as the Kavango Region to the south of Namibia in the hope of seasonal opportunities in the vineyards during the two months of the table grape season. 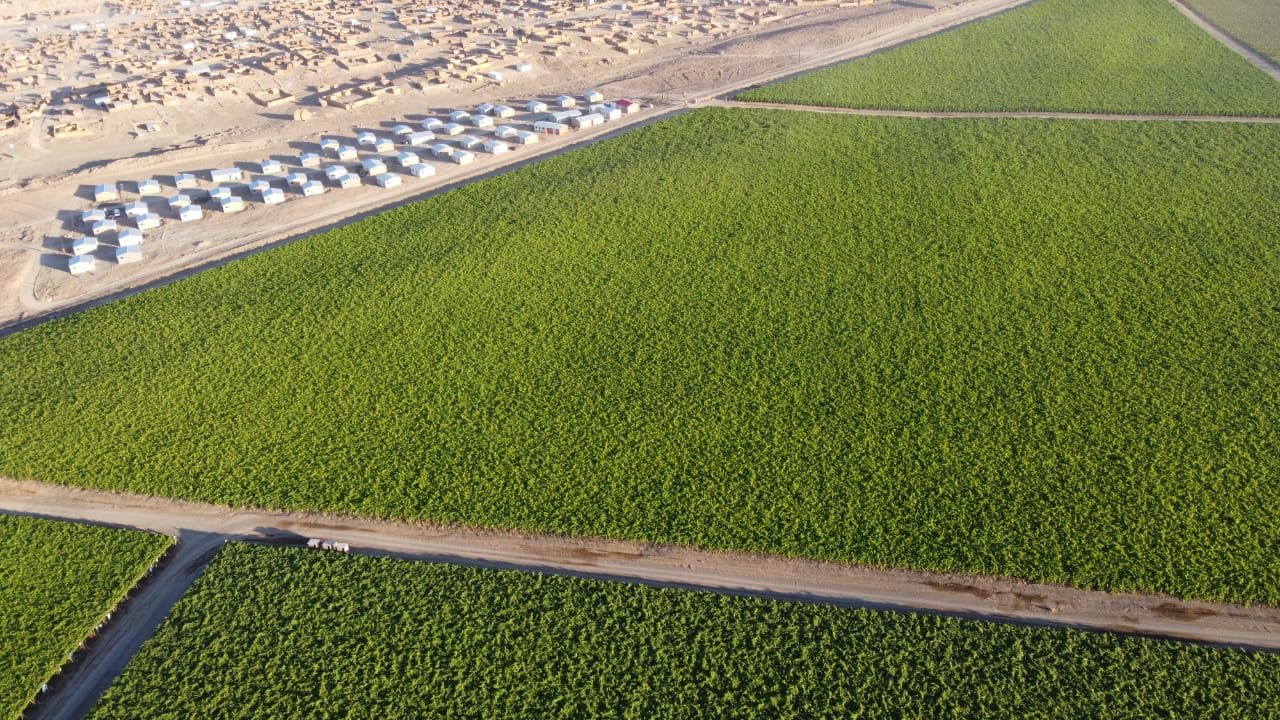 “The table grape industry is definitely the highest-paying sector of the Namibian agricultural sector. Remuneration on our table grape farms is around 40% above the minimum wage in Namibia, plus overtime and packing incentives and benefits like medical aid and pension for permanent workers,” he adds.

Table grape growers say they and the Namibian government are well aware of the poor living conditions in the informal settlement where table grape workers live in reed and zinc huts with no household running water or sanitation; a recent article again highlighted the situation which has been the status quo since the founding of Namibia’s table grape industry in Aussenkehr over twenty years ago.

“I don’t think any producer or organisation would be content with the current housing situation as,” Nico affirms. “It is very high on our list of priorities, but it is not a normal situation where a farm can just go ahead and build worker houses. There has to be negotiations with private land owner and there are negotiations with the regional government which have been continuing for years. It’s made more complex by the different ministries involved, a whole chain, but if one link in the chain abnegates its responsibility, the process stands still, and that’s what’s currently happening. It’s difficult for the grape industry to monitor and keep driving the process.” 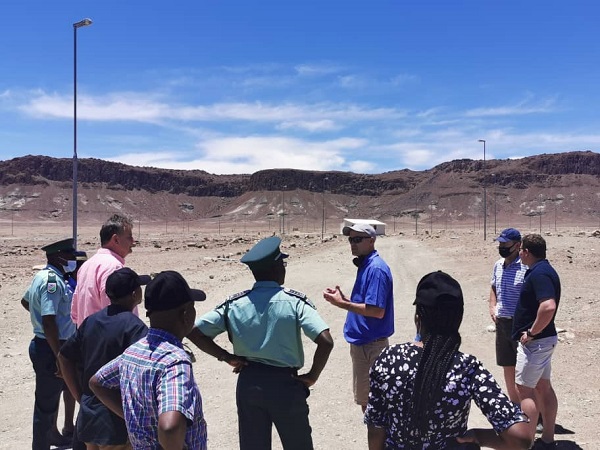 Over a decade ago the Karasburg regional government already promised to formalise the ad hoc housing situation which sprung up around the vineyards in the absence of available municipal land for housing.

Table grape growers explain that the problem is that the informal settlement developed on private land (owned by Dušan Vasiljević) and that a proper municipal town needs to be developed. All companies provide their permanent employees living in the settlement with a housing allowance.

Provision of clean, tested drinking water
In the meantime, table grape producers have done as much as they can to alleviate what are undoubtedly unacceptable living conditions for the ten to twelve thousand inhabitants of the settlement, for instance installing a water pipeline and waterpoints at their own cost of around N$2.5 million, along with a new reservoir built by NamWater. This provides clean and tested drinking water to inhabitants of the old town settlement.

In a recent article residents showed the journalist the poor quality of their drinking water; that has been addressed, grape growers indicate. 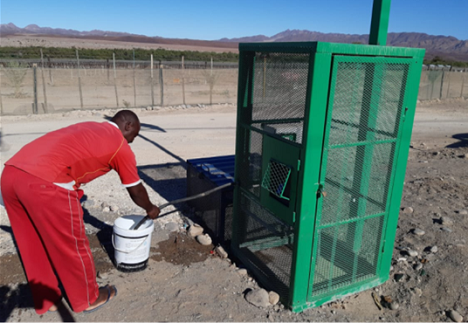 The purified water dispenser in the informal settlement installed by a few companies, available to all workers at a minimal cost of 1 N$ for 20 litre of purified water. They can also purchase dispenser cards from the local store (photos supplied by Willem Visser)

Two tractors with 20,000 litre tanks are fulltime employed in delivering water to residents, with no prejudice against seasonal workers. The aim is that no resident should walk further than 200m to access water and that water is provided to anyone in the settlement. 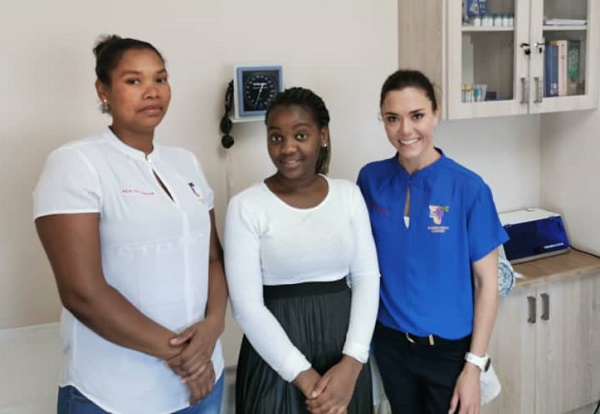 Property transfer delays proper housing development
At the moment their hands are tied, they say, because they are still awaiting the allocation of plots by the //Kharas Regional Council - a process which has now been dragging on for more than five years. Every grape company in the area has indicated to government how many plots it wants for its staff, now it awaits final approval for construction to start. 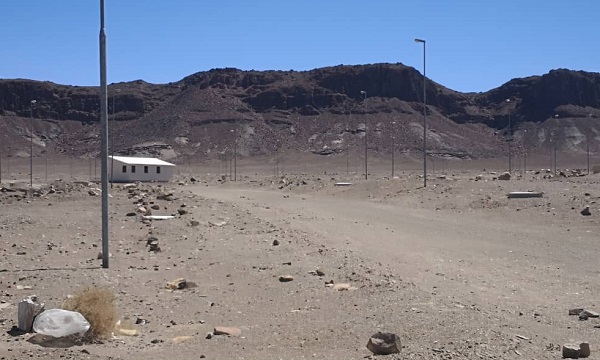 This piece of municipal land (over five years ago transferred to the Namibian government by Dušan Vasiljević to alleviate the current housing situation) is colloquially called Newtown.

It is a very large area, situated just across the road from the current settlement and its infrastructure development has been 90% completed. FreshPlaza is told. It has now reached an impasse which only the regional government can remove.

“We’re literally just waiting for the green light and then we’ll start building. The construction teams are ready, we’re just waiting on government.”

Another grower notes: “We can’t embark on town planning ourselves. For the moment we’ve taken it as far as we can.”

NamWater has already spent millions to install water infrastructure in the Newtown (around Nam$50 million, or 2.8 million euros, is one estimate) and the sewage system is almost finished.

Electricity infrastructure has been 80% installed (although with the delays some copper cables have since been stolen).

Nico van der Merwe says that the organisation recently brought the shocking state of vandalism in Newtown to the attention of high-ranking officials from Home Affairs; while not their mandate, it will be discussed at the highest level of government.

The Namibian Grape Growers Association has been involved over the past two years given the lack of progress for years. 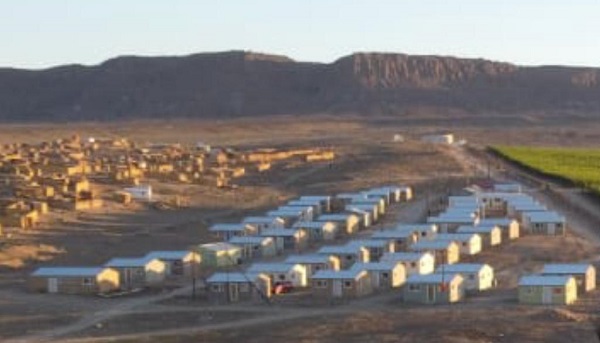 Better house design at lower cost
Table grape companies would like to design and construct the houses themselves, while the government initially wanted to be responsible for construction; this point has further delayed the process.

On the farm of Orange River Vineyard Investments (ORVI), one of very few farms with available land for housing, it was decided to take matters into their own hands out of frustration with the glacial pace of development at Newtown. They built 58 houses of concrete, with a pitched roof and a ceiling, houses that are considerably cooler than the two prefab houses built by the government in Newtown as demonstration.

Moreover, compared to the construction cost of Nam$750,000 of the government-built houses, these came to roughly half the price of the design put forward by the government.

There are three types of houses, most are 40m2, with running water and electricity. 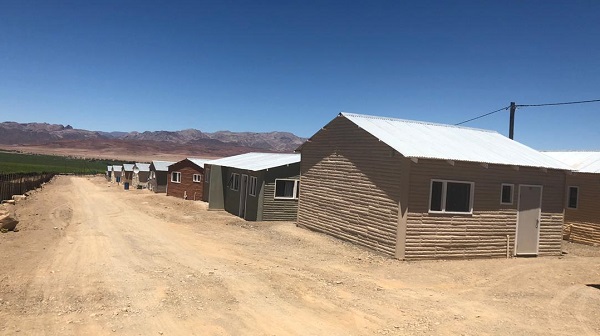 Ben du Toit of ORVI says that they give their employees the choice whether to move into one of the houses, pay it off over 15 years, or to rent the house monthly, or to remain in the Oldtown and receive a housing allowance. Not everyone has chosen to leave the informal settlement, as they prefer using the housing allowance for other expenses.

Some of the houses not occupied by ORVI employees, are rented out to employees from other companies.

Legacy of owning a home
“If there’s one legacy I would like to leave, it would be that a number of my permanent workers have been able to have houses registered in their own name,” says Willem Visser, managing director of Silverlands Vineyards.

“I want someone who’s been working permanently for a certain amount of years to own his own house. Most workers who retire from working in Aussenkehr don’t remain here, but go back to the north of Namibia. If they own their own homes in the new town, that gives them an asset they could sell or rent out before they return north.”

On some farms there are attempts to invest in other crops like dates to extend the season and to be able to employ more permanent staff.