The South African grape harvest is now well underway with three production regions now packing, namely the Northern Provinces, Orange River and Olifants River regions. The Berg and Hex River regions have not started packing yet. These two regions are also expected to start about a week later than last year. 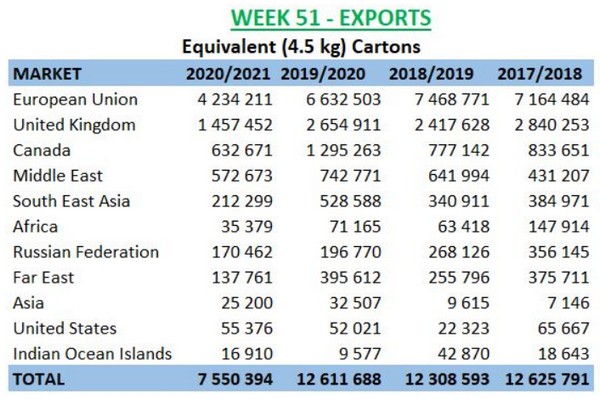 Orange River
Producers are done packing the first varieties of Prime, Early Sweet and Flame. Sporadic rain in some parts of the region over the past two days and the Christmas long weekend ahead will lead to an interruption in planned packing programmes of nearly a week. The weather forecast for the next 10 days looks positive and this is when the packing of Sable, Ralli Seedless and Ivory will continue unabated. The expectation for later cultivars such as Thompson Seedless and Timco are good with berry sizes looking very promising.