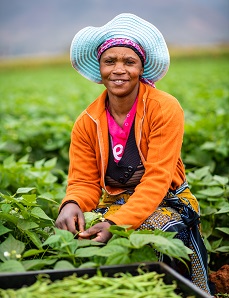 This year, despite Covid, saw the culmination of four years of advancement through the three levels of a localG.A.P programme (specially customized for South African retailer SPAR’s rural hub initiative) to full Global G.A.P accreditation for the small-scale rural farmers who form the retailer's rural hub initiative in the Mopani District of Limpopo.

These farmers around the small  town of Ofcolaco have no formal agricultural training. The land they cultivate is leased from the local traditional authority.

Their road to full food safety accreditation is probably the most significant aspect to the initiative, says James Lonsdale, SPAR group sustainability manager.

"SPAR started the journey with small-scale farmers in 2016 and the decision to develop and invest in rural hubs was based on the belief that small-scale rural farmers are the key to new and sustainable supply chains in South Africa." 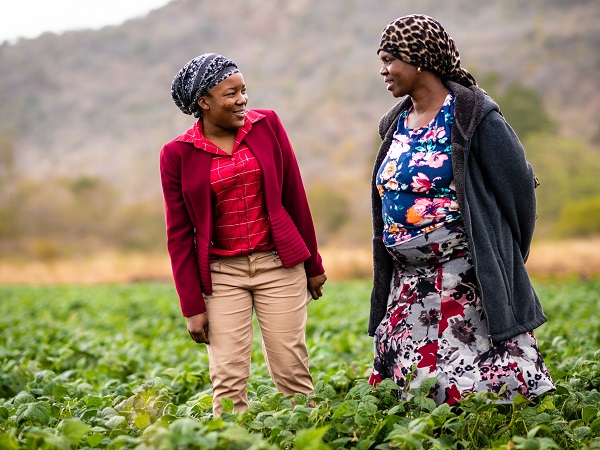 “Everyone in the country has the right to food-safe food. It’s been very difficult for small-scale producers to get to a full level of food safety accepted by retailers because it’s such an immense job to get through the accreditation process. We did a lot of work with the Global G.A.P team to develop localG.A.P, an entry level accreditation.”

“It’s been a fantastic process because initially the general thinking was: there’s no way a small-scale farmer will ever get to a GlobalG.A.P level but through this capacity-building programme our farmers achieved it. These farmers are now really able to compete with commercial farmers when it comes to market access.”

Satisfying GlobalG.A.P conditions require formidable resources of time and money which these farmers – who singlehandedly carry out most of the work on their farms – don’t have, and it becomes a barrier to market access.

“The fact of the matter is it is possible, and this programme has made it quite clear that it can be done.” 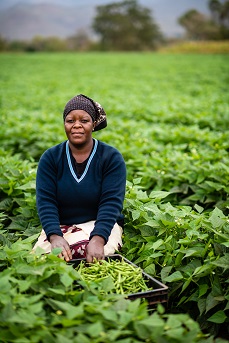 The rural hub initiative is SPAR ’s response to the imperative of pulling emerging farmers into the formal economy; this project gives farmers a guaranteed market offset.

Vegetables are produced for Freshline, SPAR ’s own fresh produce brand, and what doesn’t meet Freshline requirements, is sold into local village stores, with a positive knock-on effect on food security and nutrition.

Currently there are eleven farmers involved, some since the start, beginning with parcels of land of around 5 ha and doubling or tripling it over the past few years. Access to a piece of land of economically viable size is a prerequisite to participation.

The biggest challenge thus far, James says, has been the availability of water; high rainfall thus far this summer will hopefully have broken four years of drought.

When the project was conceived, the Ofcolaco area (very suitable to winter vegetable and subtropical fruit production) was in a wetter cycle.

“We should be able to double the number of participating farmers next year with the improved availability of water.”

Ofcolaco is also home to other SPAR vegetable producers, and notably to Beerseun Boerdery which has been the farming mentor to the rural hub farmers since the start. SPAR ’s own team of agronomists give further support as well as business and food safety training. Soil preparation machinery are leased to farmers; James notes that initially there had been a degree of resistance towards mechanization among the farmers. “But once those first yields come in and they get the quality they get, they see the value of mechanized soil preparation.” 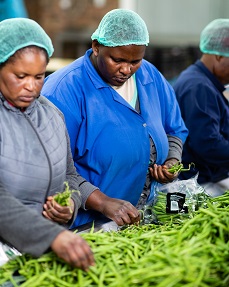 It was equally envisaged as a way to produce vegetables in situ for direct sales into the local SPAR stores within a 200km radius, thereby reducing the carbon footprint associated with having a centralized distribution centre and cutting down the long supply chain.

Initially the farmers were encouraged to plant low-value vegetables like cabbage and spinach under openland conditions. The packing facility and cold rooms are in the town of Ofcolaco.

It became clear, however, that store owners in the area sourced low-value bulk vegetables cheaper at the Johannesburg fresh produce market where large-scale cabbage farmers enjoy an economy of scale. Moreover, the margin on these crops is so low that it holds little value to the farmers, James explains.

The focus at this site has therefore changed to the production of high-value speciality produce like cocktail tomatoes, peppers and cucumbers, under tunnels and in net houses, all of which were erected this year with the financial help of First National Bank and the Kagiso Trust, without which the entry into high-value vegetables would have been impossible, he says.

Prior to their involvement, the rural hub initiative was fully financed by SPAR with zero percent interest loans to farmers, paid off with the delivery of crops over time.

“With high-value crops there’s more room to move in terms of margins but it becomes a bit of a trick to get the mix right. There’s very little demand for high-value vegetables at the rural stores, so it is sent to our central DC in Johannesburg, and sent through our centralised distribution network to SPAR stores in the major centres.”

A second rural hub is planned for the iLembe District of KwaZulu-Natal where the offtake model and range of crops will probably differ from the Mopani hub. 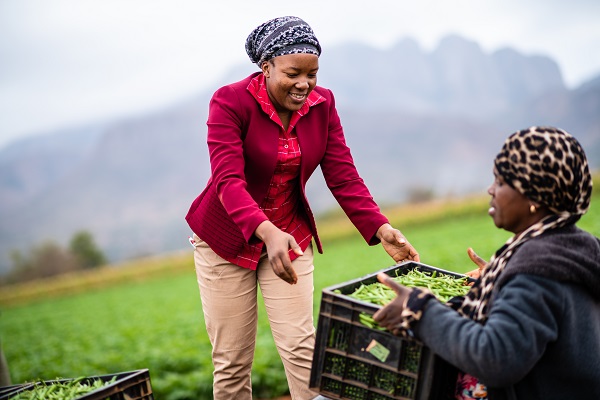 Possible future inclusion of fruit
Ofcolaco was one of South Africa’s major mango and tomato-production areas. It has since become an important for winter vegetable production. There are still mango orchards, albeit in need of attention; the summer harvest of fruit like mango or citrus or papaya would complement winter vegetable cropping for a more stable, year-round revenue flow.

Fruit production requires larger pieces of land to form viable economic units, which is a challenge in this context, but is something they’re considering, like egg production.

“I think fruit is a more stable crop in terms of income, vegetables tend to be very up and down due to market fluctuations.”

South Africa could do with many more such rural hubs
“We don’t see this as an exclusive SPAR initiative. Whoever wants to be part of the programme, any other retailer or offtaker, we’d like to work with. Through collaboration we can change the way we do things and enable small-scale farmers to participate in formal and sustainable supply chains. This needs to be seen as a way of getting more farmers on board, getting them to produce more crops."

“We can’t solve small-scale farmer development on our own. We have one successful site but we could do with many more in South Africa.”