Masseria Fruttirossi, "A further 70 hectares for next campaign"

"We were originally aiming to extend the sales of pomegranates for at least all of February, but despite having three times the volume in production compared to 2019, the demand is overwhelming. The increase in demand is forcing us to end commercialization earlier than expected, by the end of January 2021 at the latest," said Dario De Lisi, sales manager at Masseria Fruttirossi in Italy. 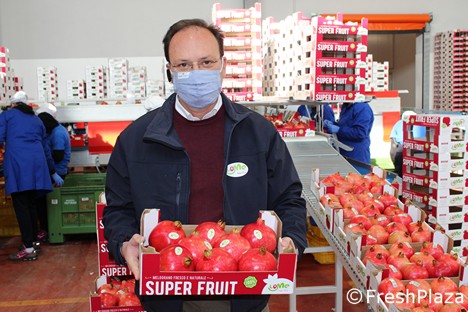 "From a technological point of view, we are equipped with controlled atmosphere storage rooms. In terms of planning, we can no longer make any adjustments, because once supplies are in place, it becomes difficult to limit orders to customers. We are doing our best to appease everyone, but we are also trying to keep the pomegranates on the market for as long as possible, especially in the months where crops are usually imported". 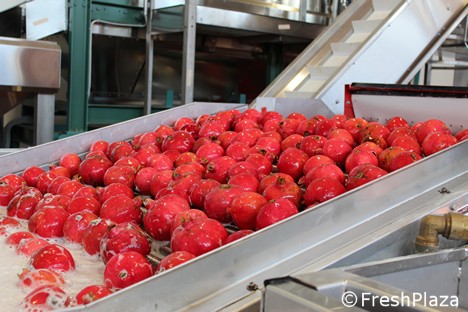 "We have reached the entire Italian market and we are also doing well on the French, German and Swiss markets. There are also a number of orders from Great Britain. The demand for pomegranates has increased exponentially, but we are also seeing a steady increase in cold extracts and juices, now that health is an important aspect. 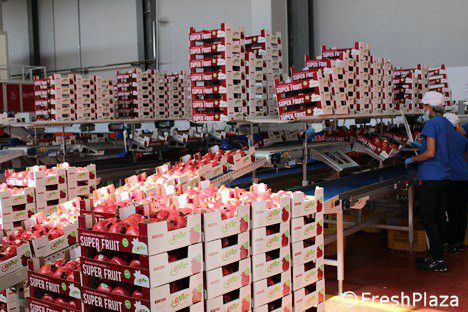 The harvest of the Wonderful variety ended in mid-November. The fruit is slightly smaller this year and the humid weather has affected the color of the pomegranates. We will have more production capacity for the next season, because we have another 70 hectares in full production, of which 50 hectares are of Wonderful and 20 of the early varieties Emek and Shany," concluded De Lisi.