“Drought has caused the Peruvian mangoes to be small this year”

The Peruvian mango season started mid-November, but, due to a sustained drought, the mangoes that are currently being harvested have small sizes, which is putting pressure on the markets. “There were about 40 to 45 days where the trees did not get enough water, and all the growers were very worried about damage to the fruit. The sizes were directly affected by the drought and we’re currently packing mostly sizes 10 and 12. The larger size mangoes just aren’t seeing the right maturation,” says Milton Calle of Exotic Producers and Packers. 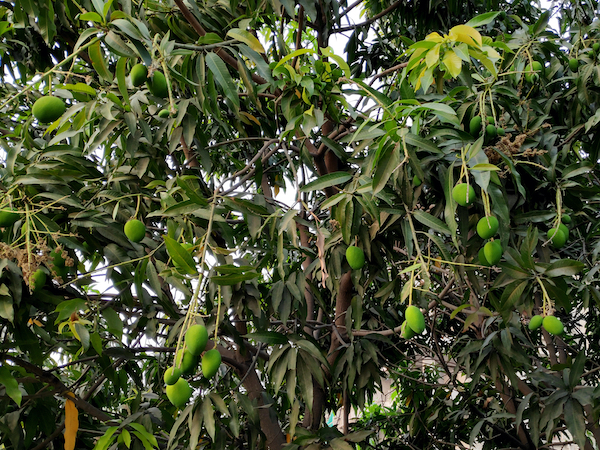 Small sizes create difficult market
While the overall volumes are not affected, the abundance of small sizes is creating challenges for the Peruvian exporters. “In Europe, the importers usually don’t take more than 30% of the 10 and 12 sizes. Now, with the excessive quantities of these small mangoes, the prices have dropped dramatically,” Calle shares. “The importers are fighting to get their hands on the larger sizes, and since the small sizes aren’t moving well, so the stocks are building up and the quality is going down,” he adds.

In addition to the small sizes, there are some logistical issues too, according to Calle. “Because of the oversupply, stocks are created. This generates a bigger problem because when stocks originate the fruit is stored in cold stores at around 8 degrees which is lethal for the Peruvian mango – which should be stored at around 12 degrees. Peru has the longest transit time in the mango industry worldwide, they have approximately three weeks of transit time plus one week in the packing chamber. This is already a long time for a supertropical fruit like the mango. Once the mango reaches its destination, the cold chain must be broken, which is very different from other fruits where the cold chain should not be broken. Starting from day 31 of storage at 8 to 9 degrees the mango will begin to die and will produce a lot of stem end rot and internal browning from excessive storage. So, in addition to the low prices there are these quality issues, which creates a perfect storm,” Calle explains.


While the region has seen some rain recently, this is bringing more issues rather than solving them. “There are now abundant rains in the Piura Mountains which improved the levels in the San Lorenzo reservoir which irrigates about 90% of Piura’s mangoes. The constantly intermittent drizzle, however, is still causing issues for the health of the fruit because we are seeing the Black Spot fungus on a few of the mangoes. This occurs mainly in trees that flowered very little and have a lot of foliage and sunlight – unfortunately, these are also the trees where the most large-sized fruit is found,” Calle shares. 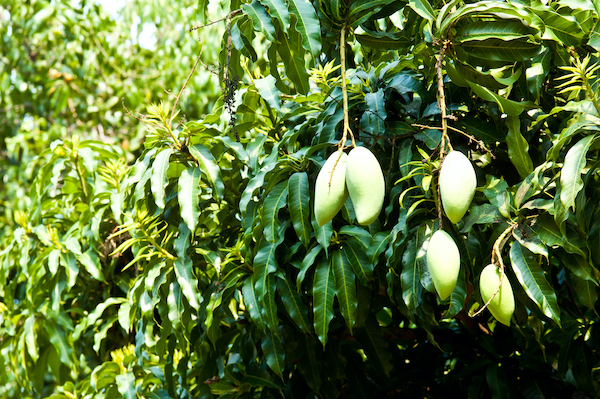 Forecast for the rest of the season
In addition to the sizing issues of the Peruvian mangoes, Brazil has an extended season this year and is also still supplying the market, which has driven down the prices for the Peruvian exporters even further. “Right now, the prices in Europe are between 4 to 5.5 Euros per box. Brazil will go to the end of this year this season, but normally would have ended their season around the middle of December. Then in January Peru will be the main origin supplying the market,” says Calle.

The Peruvian mango season started in November in Piura and switches over to Motupe in February. Then in March and April the supplies come from the Casma region. “The forecast for the next few weeks is mixed,” Calle says, adding: “Some people believe that there will be some larger sizing available up until week two, but I’m not sure there will be. The Motupe Valley has endured a long drought due to problems in the irrigation infrastructure, so everything indicates that the reduction in production will be drastic. There are some farms that have pumps for their water, so they will have a good crop, but a high percentage of the production relies on natural irrigation and they are seeing small sizes too.”

Fortunately, Casma hasn’t seen many irrigation issues. “There are a few parts of Casma where they are seeing the same issues, but it’s only in isolated areas. We expect that the volume will be affected but the level of damage has not yet been measured,” Calle concludes.