"We believe that pigmented citrus could be key to differentiate ourselves"

The pigmented orange campaign is about to start in the Spanish province of Valencia. This year, it will start well in advance due to the mild temperatures recorded this autumn.

"The fruit is at quite an advanced stage of development due to the lack of cold during the autumn, but in recent days there has been a good contrast of temperatures between day and night that has allowed the fruit to acquire the necessary reddish color, so it will be possible to harvest them in a few days. Normally, we start harvesting the Sanguinelli variety from January 10th or 15th, but this year we will start marketing it more than two weeks earlier,” says Fernando Durà, from the governing board of the Copal cooperative, from Algemesí, Valencia. 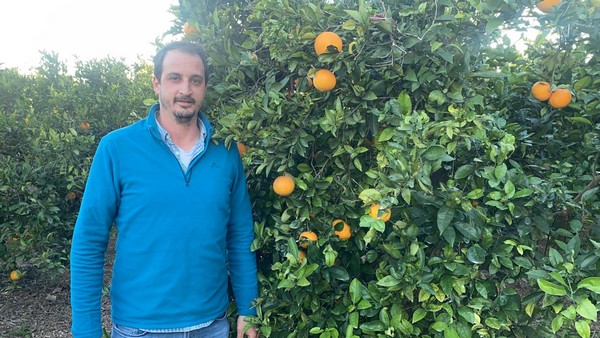 In the framework of its new project, and seeking to differentiate itself, this Valencian cooperative has chosen to promote the production of new varieties in the pigmented citrus segment, such as oranges and possibly mandarins, and introducing also grapefruit, with which it seeks to increase the profitability of its members, as there appears to be an interesting market share with a demand still to be covered.

“In this cooperative, we have always bet strongly on the pigmented Sanguinelli orange, of which we produce large amounts compared to other producing areas and companies. This variety needs very specific climatic conditions and the southeast area of the province of Valencia is quite suitable,” said Durà. 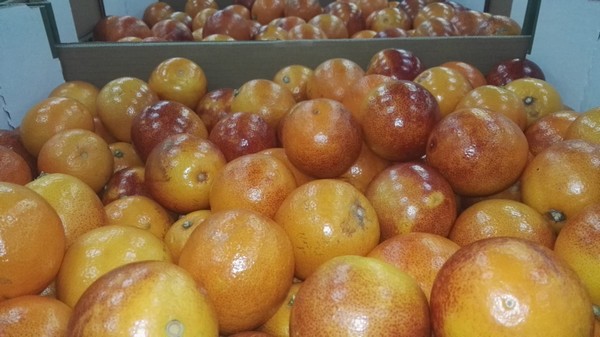 “Recently, good results have also been achieved in the adaptation to these areas of other pigmented varieties, such as the Tarocco and the Moro, in which our partner producers are betting. At the moment, we are evaluating the behavior of the Hipólito, Rosso and Moro de Catania varieties in our experimental fields. Also, we are awaiting the results achieved by a pigmented mandarin variety in a test carried out by the Valencian Institute of Agrarian Research (IVIA),” he says.

For Copal, it is very important that the pigmented varieties have a reddish color in both the pulp and the skin. “There are varieties like the Cara Cara that only show pigmentation on the inside. We believe that both the internal and external color of pigmented oranges allows them to stand out, giving them an interesting added value that makes them profitable for producers, especially for smaller ones who cannot afford to invest in varieties with royalties,” says the producer. 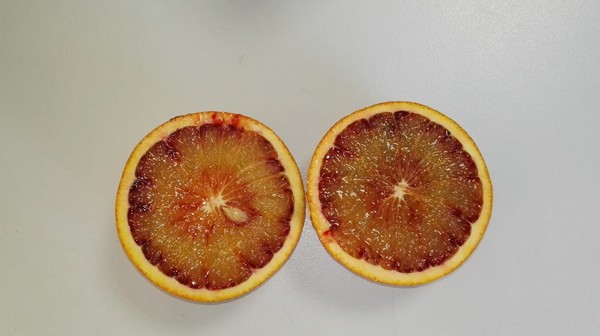 The pigmented oranges will be harvested in a few days and will be marketed until around mid-February. “The volume is not very high, compared to that of conventional oranges, so they are harvested relatively quickly. However, if our partners continue to plant such varieties, we will be able to extend the campaign by about two months,” says Fernando Durà.

The pigmented oranges from this Valencian cooperative are mainly intended for wholesale markets for their distribution through specialized stores and greengrocers, both in the domestic market and for export. The fruit is shipped to countries such as Germany, France and Switzerland and, to a lesser extent, to Italy, which is the biggest competitor, although perhaps also the largest consumer.

Although kakis, pomegranates and stone fruits are also grown, tangerines, clementines and oranges are the most important products for Copal. This campaign, the cooperative plans to sell between 42 and 45 million kilos, which represents an increase in terms of volume compared to last year.

“This year, we expected a very good citrus season, especially in this pre-Christmas period, but the acceleration of the harvest due to the high temperatures this fall and the lockdowns because of the pandemic in Europe have ended up taking a toll on our sales. The prices offered by the processing industry are also too low this year, both for the production of concentrated juice and for segments. In this sector, Turkey has been shipping large quantities at ridiculous prices,” he says.