Heritage Auctions will offer the famed “Del Monte note”, considered to be the most famous of all US ‘obstructed error banknotes’, at auction January 22 for the first time since 2006.

The obstruction caused a flurry of interest among collectors of US currency when it was discovered by an Ohio college student in the summer of 2004. The student got the bill as part of an ATM withdrawal and shortly thereafter posted it on eBay. There, it sold to the highest of 12 bids, for around $10,000 .

Dustin Johnston, Vice President of Currency Auctions at Heritage Auctions: “Collectors immediately fell in love with it. The placement of the ‘Del Monte Ecuador’ banana sticker is ideal because it covers part of the printing details and is overlaid by part of the Treasury Seal and the bill’s serial number.” 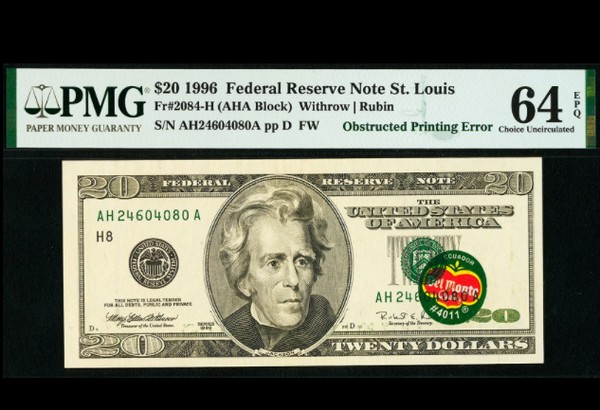