The president of Proexport calls it a "dramatic" situation

"More than 1,500 carriers stranded by the closure of the border between France and the United Kingdom"

France has suspended the entry of people, including transport professionals, through land and sea border points with the United Kingdom, and imposed restrictions to air travel in order to prevent the spread of the new strain of COVID. Therefore, the export of fruit and vegetables to this country is already being affected, raising the sector's concerns of the sector, which is also awaiting the results of the negotiation of the post-Brexit agreement.

For this reason, the Association of Producers-Exporters of Fruits and Vegetables of the Region of Murcia, as well as the Association of European Producers of Fruits and Vegetables of Europe (Eucofel), chaired by Juan Marín, are demanding a solution from the European, French and Spanish authorities to free the traffic of goods. "We appeal to the authorities to solve this situation, protecting the health security of us all, so that the carriers who have managed to remain safe on their trips for nine months can return." 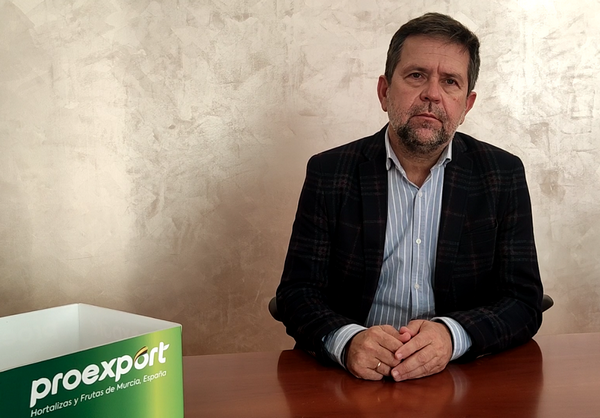 The fruit and vegetable sector learned a couple of nights ago of the closure of the French border for 48 hours to vehicles from the United Kingdom due to the new strain of COVID. This situation has caused many trucks that were planning to return after delivering their cargo to British supermarkets to become stranded. “The carriers are concerned and they are calling us to find out when they will be able to take the boats and return to their homes. Also, the trucks are loaded with return goods. It is a dramatic situation,” he said.

"They are telling us that they are laying on the hard shoulders; they are throwing them out of the boarding areas and we don't know when they will be able to come back," says Marín. He is asking for the problem to be solved "quickly", because otherwise, it won't be possible for about 50 million kilos of fruit and vegetable to be sent to the United Kingdom, he warns.

Access to the Folkestone terminal has been suspended for freight traffic from December 20 at 10 p.m. Also the Port of Dover reported in a statement that the ferry terminal was closed to all traffic leaving the UK isolated until further notice due to border restrictions in France.