White asparagus is a delicacy variety, larger and sweeter than the familiar green kind. However, its underground growth habit poses several harvesting problems. Firstly, white asparagus is harvested selectively, meaning that only a portion of the crop is taken, and the plant continues growing for further harvesting later. This creates difficulty for pickers, who cannot see the plant underground and may therefore damage it during harvesting. Such damage can reduce yields by 30 %.

Secondly, harvesting white asparagus is physically hard and unappealing work. This creates a problem with labourer availability. During 2020 alone, approximately 19 % of the German crop, the largest in Europe, could not be harvested due to lack of personnel.

Luckily, the EU-funded SPARTerS project now has developed a new mechanical harvester. Researchers advanced a prototype, previously not ready for production, to a market-ready system. The team also developed the necessary operating software and tested the complete system.

Sensors are mounted at several depths on stalks that are dragged through the soil as the harvester moves forward. When the sensors detect an asparagus stalk, they quickly withdraw to enable cutting. A robot arm cuts the stalks underground to better than 5 mm precision. This results in less disturbance of the plant and reduced crop loss. Other machinery collects and bundles the cut stalks. 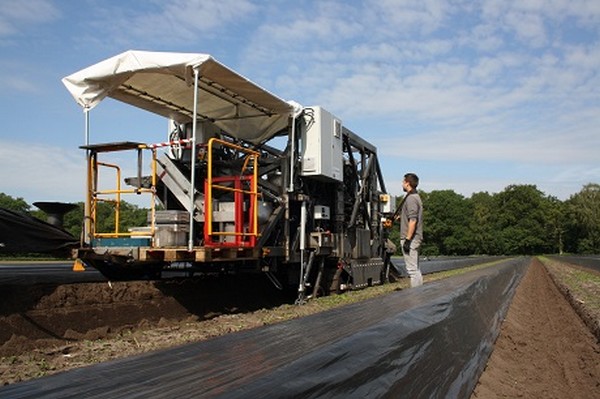 Researchers optimised the detection and cutting modules of the prototype, while also integrating the whole system. This took the device from technology readiness level (TRL 7) to TRL 8.

“We managed to develop and build the world’s first selective harvesting machine that is actually ready for commercial selling,” adds project coordinator Thérèse van Vinken. As of November 2020, the team had sold three units to be delivered during early 2021. For season 2021, the team will build six more. Within five years, the company expects to be producing 150 machines per year.