In a show of support to their colleagues at Delhi, more than 50,000 farmers came from across West Bengal to Kolkata on Wednesday and blockaded Rani Rashmoni Avenue, a major road near Raj Bhavan, for over four hours.

Two huge marches covered major parts of the city, coming together at the programme venue near the Esplanade area and Raj Bhavan. The area was lined with red flags of the All India Kisan Sabha (AIKS). Further, students, youths and the activists of the Centre of Indian Trade Unions (CITU) together led a massive march to the venue as did the Eastern Railways Men’s Union and the BSNL workers union. 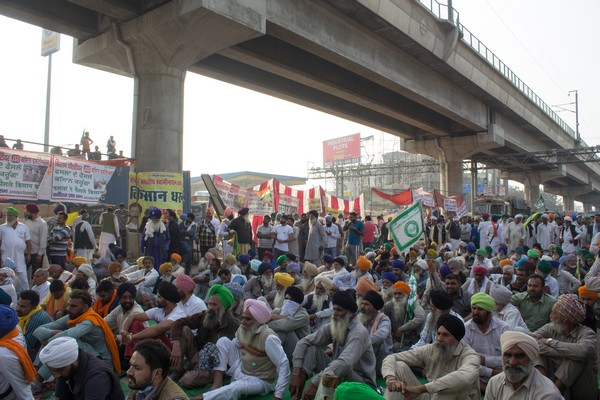 Speaking at the rally, Mollah claimed that the entire Indian economy, from telecommunication to ports, farming and banking and other sectors, was being transferred to big corporates like Mukesh Ambani and Gautam Adani. In retaliation to this, the AIKSCC has called for a boycott of Ambani’s Jio and picketing programmes in front of petrol pumps run by Reliance Industries and other businesses of Reliance and Adani Group in the country.