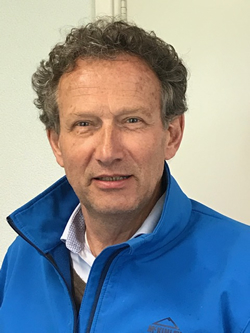 Many Dutch top fruit sorters are preparing for the last few days of normal staff numbers. That's because a lot of their Polish workers are going home for Christmas.

"Everyone has to deal with that. My biggest concern is, due to the COVID-19 situation, they don't dare come back," says Kees Oskam of the Jan Oskam Trading Company.

According to Kees, pear trading is currently troublesome. "It's particularly difficult to sell the small sizes. The large ones are going for reasonable prices. Pear sales are fairly broad. We're missing the Italian market this year. Last year, they took many large Conferences. Now, it's a single batch of Doyenné du Comice."

"We're not a player in England. So, we're not really affected by these Brexit woes. I think, besides logistical issues, pears' export flow won't be jeopardized. They'll never have enough of their own pears to be self-sufficient. That flow will have to come from France, Belgium, and the Netherlands," says Oskam.

Conference pears are priced at around €0,35 for size 55, and €0,57 for 60s. For sizes 65 to 70, it's €0,65, with the 75s being slightly more expensive. The pears are of good quality of the pears. There's a little more loss with the Conference than expected, though. Good-sized Boskoop, Elstar, and Jonagold apples are going for more than a euro. Golden Delicious is a bit below that. I think this market will be able to hold its own. Fewer apples were harvested everywhere in Europe."

"The apple market's a bit lazy at the moment. The domestic market largely dominates this. We're not very well represented there. Some apples are of average quality. Not least because there's a 50 or 60% harvest, and these aren't the best batches. It will, therefore, be quite challenging to makes these last until the new harvest," concludes Kees.