Protest by growers of Punjab and Haryana are blocking essential roads on the outskirts of the capital; this has resulted in sales of fruits and vegetable shrinking 30% as compared to last month at Delhi’s wholesale market, bringing down prices.

Buyers from Haryana, Uttar Pradesh and Rajasthan were unable to visit the mandi, hurting trade. Vegetable supplies from Delhi to northern and eastern states of India were now being routed via Rajasthan and Gujarat. Potato and onion supplies are directly going to Jammu and Kashmir and Himachal Pradesh from Gujarat, said Ram Baran of Shri Ram Trading Company in Azadpur mandi.

According to economictimes.indiatimes.com¸ the detour increasing transport freight and shortage of trucks was also affecting business. Sale of onion, bottle gourd, bitter gourd, ginger, garlic to north Indian states has come down due to unavailability of trucks, said vegetable trader Bhajan Singh of Bhajan Singh and Company. 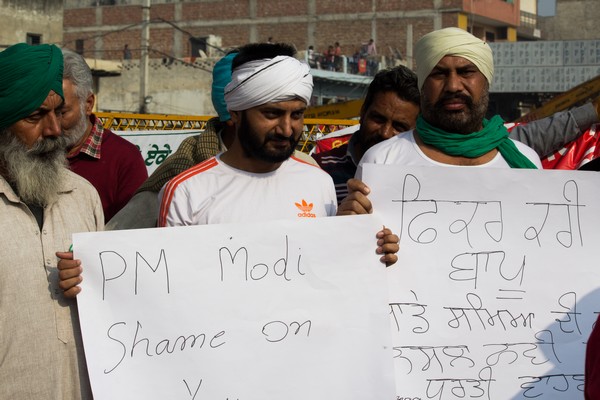 Maharashtra growers are not protesting
In 2017 and 2018, Maharashtra witnessed huge protests from the state’s growers, who were demanding adequate prices for their produce. However, now, while growers from Punjab and Haryana are protesting against the three recently-passed farm laws, their counterparts in Maharashtra are silent.

One of the major reasons behind Maharashtra growers not protesting is their positive experience of the open market. In 2006, Maharashtra became the first state to adopt the Model APMC Act, 2003, meant for agriculture marketing reforms and reducing the growers’ dependency on the APMCs (agricultural produce market committees). The state allowing growers to sell their produce at a place of their choice has benefited growers in terms of higher income.

Interestingly, Maharashtra chief minister Uddhav Thackeray has extended his support to the protesting growers from Punjab and Haryana even though his party Shiv Sena had voted in favour of the bills when they were introduced in the Parliament in September.