The most repeated statement in the broccoli and cauliflower sector: "Sales have stopped"

The demand for Spanish broccoli and cauliflower for export is stagnant at a time in which there is usually a significant rebound in sales. "The most repeated statement in the sector is: 'sales have stopped’," says Sebastián Aguilar, commercial director of the Murcian company Campo de Lorca.

“Since the start of the broccoli export campaign, we have had to deal with an excess supply in the European markets, mainly due to the domestic campaigns being extended in various countries such as the United Kingdom, France, the Netherlands, Germany and even some Scandinavian countries. Until week 50, many of the large distribution chains in these countries were still well supplied with their domestic broccoli and cauliflower productions, which are given priority,” says Sebastián Aguilar. 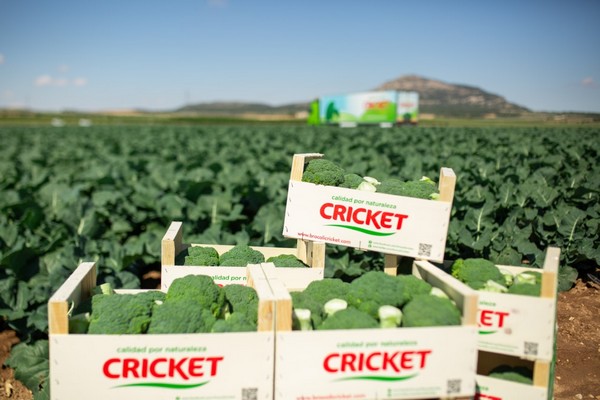 “Furthermore, the production in Spain has also increased, with a notable growth in free plantations that is being sold at auctions at very low prices. The weather hasn't helped regulate the supply either, as this fall has been too warm, which has accelerated the harvests. The result is a great supply at the moment in markets like Spain, Italy and France, as well as very low prices. On top of that, the demand has generally fallen, so the pressure on prices has become even greater. There hasn't been a significant rebound in the demand in the weeks leading up to Christmas," he says.

The restrictions and lockdown measures to contain this second wave of the coronavirus are becoming stricter in various European countries, such as Germany, the United Kingdom, Denmark or the Netherlands, among others. According to the commercial director of this company, “although in the first wave of infections in Europe, back in March, there was great panic and we had to work extra hard to supply the huge demand, in this second wave, consumers have already assumed that there won't be any product scarcity and that they will be able to buy anything whenever they want. Unlike in the first wave, now the supermarket chains have been better prepared and their suppliers were ready for a doubling of their orders, had it been necessary. When all sales channels close and only the retail remains, the demand tends to concentrate in supermarkets, but this has not been the case either."

In the coming weeks, everything points to the possibility of there being a lower supply if the low temperatures continue. “European productions are already disappearing and, in addition, all the excess broccoli and cauliflower harvested due to the heat will leave a gap in the next harvests. We'll wait and see, since it is certainly difficult to make predictions taking into account that the weather can change at any time," says Sebastián Aguilar.