By the end of 2020, the tomato production of ‘farm to fork’ by the Azura Group will be one hundred percent CO₂-neutral. According to the family-run French-Moroccan company, one of the main players in vegetable- and fruit production, their company will be the first in the world to produce with one hundred percent CO₂-neutrality. Because of this, a special logo will appear on the packaging of the large grower and supermarket supplier’s tomatoes in 2021.

Around 192,000 tons of CO2 are being compensated every year. To achieve this, the group is working together with Climate Partner. A wind farm has been set up in the Tanger- Tétouan region in Morocco and a rainforest protection project in Tambopata, Peru. 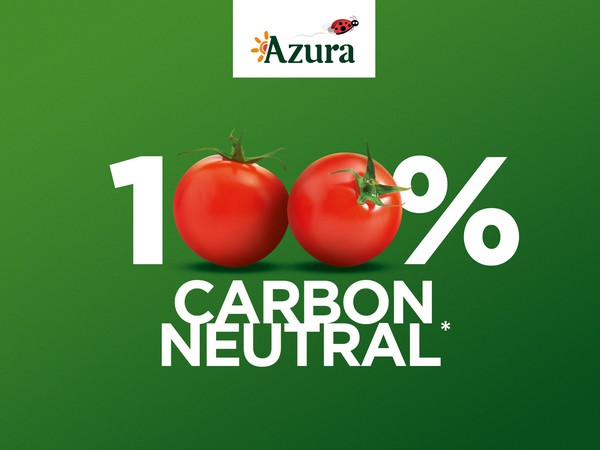 Logo
With a specially designed logo, the CO₂-neutral way of producing will become visible on the consumer's packaging. The logo will read ‘100% carbon neutral’. It has been designed with the ‘A’ of Azura and a QR-code.

With just one simple click, the consumer will be able to access relevant information on the Azura website. Through the QR-code, the consumer is informed about the projects supported by Azura, the CO₂-compensation volume, and other actions taken by Azura to reduce their carbon footprint over the past 10 years. 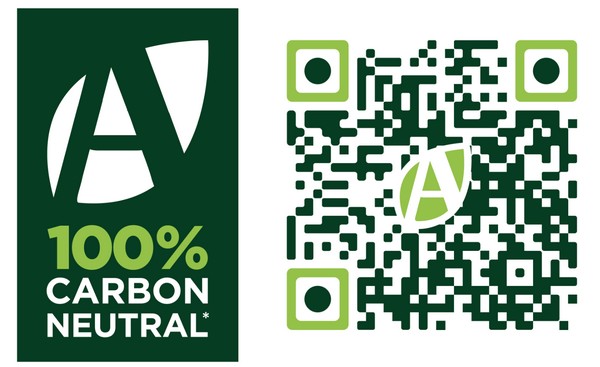 1.26 kg CO₂ per kilo tomatoes
Azura was founded in 1990. Since then, the group has been cultivating with the seasons and uses the natural warmth and sunlight in Morocco and France. No other energy source is required for heating the greenhouses there.

Because of the above-mentioned strategy, the Azura-tomatoes naturally have a low carbon footprint. The total greenhouse gas emission of ‘farm to fork’ has been calculated to consist of 1.26 kilograms of CO₂ per kilo of tomatoes.

Measuring the environmental impact
In 2010, Azura started measuring their environmental impact using the LCA-method (Life Cycle Assessment) according to the international ISO-standard norms 14040 and 14044. Its goal was to improve cultivation practices. Because of this, Azura’s CO₂ emissions have decreased by 20% over the past 10 years.

The LCA measures the effects of Azura’s activities on the environment (especially the CO₂ emission) and covers the product's entire life cycle: the starting materials, the production (from seed to fruit), the packaging, the product transport, the storage and storage at the distribution location.

The goal for the coming years is to reduce the CO₂-emission even more, in line with the plan made in 2010, leading to a decrease in the CO₂- compensation volume as well.

Sustainability report
Besides the CO₂- compensation projects, Azura has also been focusing on lowering the package weight (since 2010, the weight has reduced by 43%, saving 1200 tons of plastic since 2015), improving waste recycling, introducing a ‘Zero Pesticide Residue-approach’ in July 2019 and supporting developments in local communities through the Azura Foundation. All the information about 2019 can be found in a sustainability report.