“High demand for transport to England put the market under pressure"

There have been long queues of traffic at the Eurotunnel in recent days. There have also been reports that British supermarkets are stocking up on non-foods. The extra traffic has been caused by three things, in particular - the coronavirus pandemic, Brexit, and it being December. 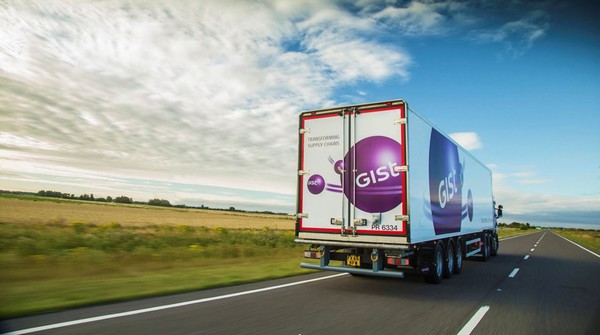 The Dutch branch of the British transport company, Gist, has noticed this too. "The market and its transport capacity are currently under a lot of pressure," says Tom Butter, Sales Manager at Gist Netherlands. "We're getting many orders at present. There's also a lot of freight that has to go to the UK."

"In a manner of speaking, we could use anything with wheels now. This isn't only for fruit and vegetable cargo. However, our regular clients remain our top priority. Dry goods, which we don't deal with, is also affecting the trade market. That, in turn, is putting pressure on the ferries and Eurotunnel capacities."

Ferry delays aren't as bad as expected. That's despite the high pressure. "We're mostly able to keep to the set time slots," says Tom. "That's with our clients on both sides of the Channel. But it's indeed busier at the moment than in previous years."

The principle of supply and demand should be pushing up freight transport prices. However, according to Butter, this is only the case if additional capacity is purchased on the free market. After all, much of the transport that goes to the UK is under contract. "We run the risk of losing out a bit, but that's how the market works."

When asked how things will go in January, Tom laughs. "If I could predict that, I could become rich. I have a feeling there will be less pressure. I think the current situation is mainly due to the threat of Brexit. In January, that will no longer be a threat. It would have become clear."

"We might be a little busier than usual because some haulers are ignoring the United Kingdom. That's if their transport involves too many additional complications for them. However, we're a British company with a branch in the Netherlands. So, we're prepared for future UK-EU relations," Tom concludes.