José Manuel Pardo: "Despite the pandemic, the sale of clementines with leaf is going well"

"It was a mistake to buy citrus so early this year"

Last week, the number of orders for clementines and oranges increased significantly due to the strike in citrus handling and packaging warehouses announced by the unions, and which was to take place between December 14 and 20, although it was eventually called off. "It was a crazy week and now the market has calmed down," says the Valencian exporter José Manuel Pardo. 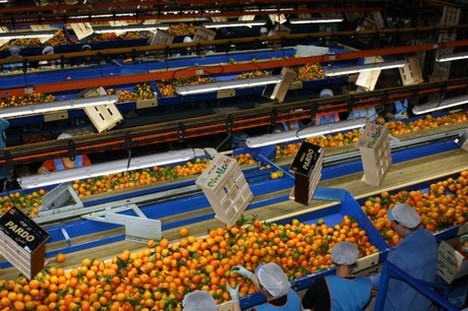 Although countries such as Germany and the Netherlands have just started a period of lockdown, closing businesses and schools, this is not having a great impact on citrus sales. “The sale of clementines with leaf is going well and there is still demand, taking into account that it is a traditional product in wholesale markets and food stores and that there's little room for it on supermarket shelves. This second wave of coronavirus cases in northern Europe doesn't seem to be having a direct impact on citrus purchases," he says.

Prices, however, are disappointing, according to the exporter. “At this time, we are working with the Clemenules, of which there is a greater supply, although with too many small sizes. This is also the case with Navelina oranges, and prices are being pushed down as a result. The previous season ended with sky-high demand, a limited supply, and high prices. This led many businesses to start buying at origin in late May, which was a mistake,” says José Manuel Pardo.