Luik Natie opened a new cold store at the beginning of 2019. Just under two years later, the opening of a new frozen storage area is planned. “In the second week of January, the cold store will be ready to receive pallets,” say Jakob Van Poucke and Steven Beuselinck of Luik Natie. The cold store will be the largest in the port of Antwerp and can accommodate 22,000 Euro pallets. “We already had 6,000 pallet places in our old cold store, but because we have actually outgrown ourselves, we decided to build a new and ultra-modern freezer storage area.” 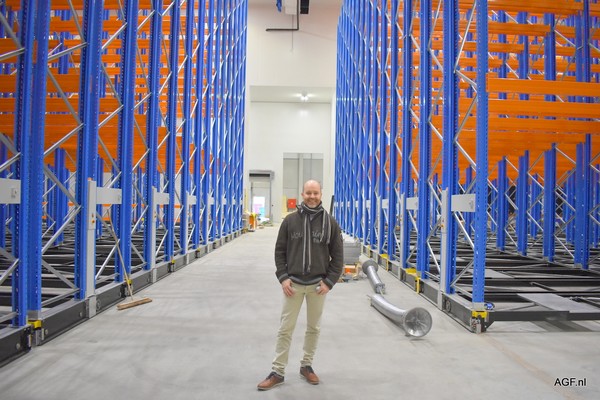 “One of the biggest advantages of the freezer is its location. The travel time between the important container terminals and Luik Natie is only 15 minutes. Due to the short travel time to the terminals, the closure times can easily be achieved, which is ideal for the export of large volumes of containers. In addition, our location can also easily be used as a hub, because the location is so central. Luik Natie is also close to the Dutch border, which means that Dutch companies can also make good use of the freezer. For example, Breda (67 km), Rotterdam (102 km) or Den Bosch (137 km) are all not very far from the new Antwerp frozen storage,” says Steven. 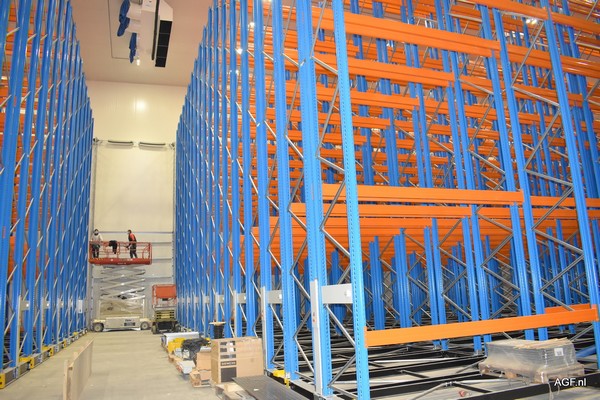 The cold store under construction

80 containers per day
The new frozen storage consists of a front hall with 12 loading and unloading docks, a lock system and three freezer compartments. “We can load and / or unload an average of 80 containers per shift. The pallets that are unloaded receive an RFID tag and are placed on a treadmill where they can be wrapped and weighed. After that, the pallets go through the locks to the freezer cells and undergo additional checks, all of which are automatic. Three to 6 reach trucks drive in the freezer cells and place the pallets in the right place. The movable racks in the freezer cells are 16 meters high and the system works like a pharmacy cupboard. Thanks to RFID technology, which follows all internal steps of the pallets, the system knows exactly which pallets are arriving. Based on this, the movable racks open automatically while the cherry pickers picks up pallets from the treadmill. When the cherry pickers have arrived at the correct rack, they are already open, which saves a lot of time per day and in the long run avoids many so-called 'empty meters' with the cherry pickers, ”says Jakob. 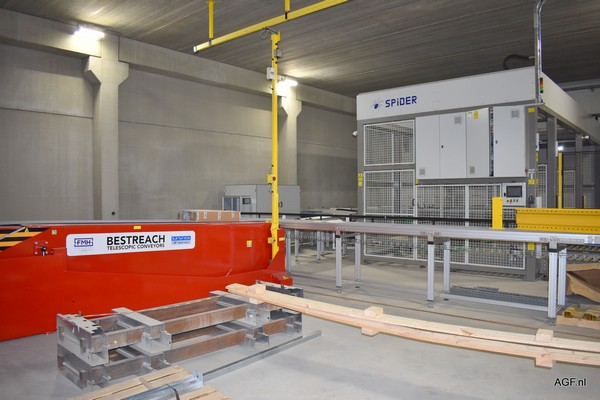 -22 degrees Celsius
The temperature in the new cold store will be around -22 degrees Celsius. Ideal for frozen vegetables and chips, frozen potato products, meat and fish. “It will soon be possible for customers to view their stock in real time. We also want to develop this further in the future so that customers can indicate themselves which reference they want to collect. In addition, we also offer space for layer picking of more than 300 different references and we have installed an automatic unloading system for bulk products in the front hall. This way of unloading is a lot faster and more efficient than by hand. The unloading system is connected to a scanner that can read and identify all kinds of labels. For example, up to four different references can be distinguished per unloading and the machine builds up perfect pallets per reference that are also wrapped, weighed and labeled,” says Steven. 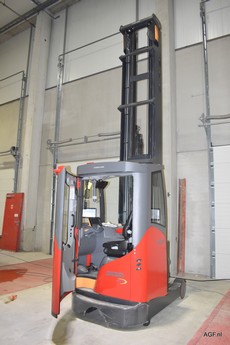 “For the work in the freezer cells, we also invest heavily in the purchase of new cherry pickers,” explain Jakob and Steven. “These have a mast height of 12.5 meters to reach the top products in the racks. In addition, the trucks are fully heated, so that the work remains pleasant for the drivers. The reach trucks are energy efficient, because we strive for 100% CO2 neutral. This is only the logical consequence of our previous green steps. We already have our own windmill on the site, solar panels and a large battery has been installed on the site that can capture energy. ” 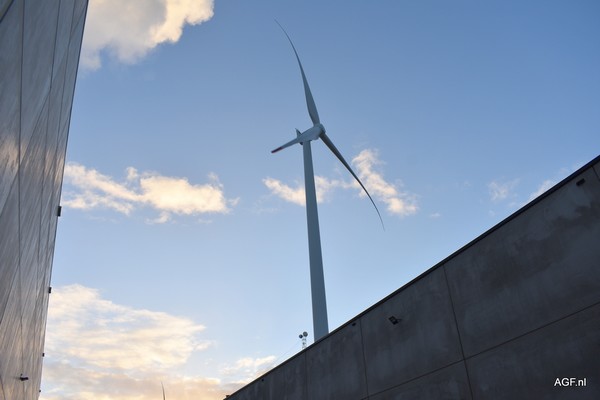 Brexit
The approaching Brexit will have few negative consequences for Luik Natie. “Our current customers don't do much business with Great Britain through us for the time being, but we can offer added value in the event of a Brexit by means of a short sea solution. There are already long traffic jams at Calais and soon if Brexit really does happen, we expect that the traffic jams will only increase. We are convinced that many customers will soon be shipping part of their goods via shortsea containers because no fewer than 10 reefer services are offered shortsea from Antwerp to the United Kingdom. In this way we help our customers to create the possibility to shift the soon to be mandatory inspections (customs and food safety) to, for example, Liverpool, Tilbury, Hull or Belfast.

"There the goods are inspected with a limited loss of time and transferred to a refrigerated truck to cover the final miles without further traffic jams. Now everyone is still building stock buffers in the United Kingdom in anticipation of Brexit. But as soon as all refrigerated trucks get stuck in the traffic jams around Calais and Dover, no one will know how to proceed. We are convinced that this can be a great solution to the problems we will soon have," Steven and Jakob conclude. 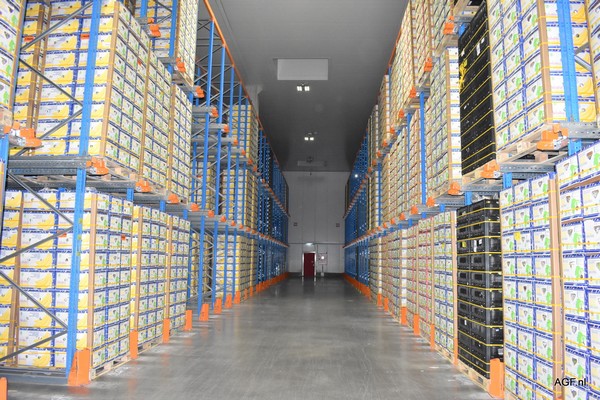 Bananas in the cold store of Luik Natie