Christian Hencke (FFC LLC) on the start of the stone fruit season:

Although this year's season for South African stone fruit is starting slightly late, good sales are still expected in Germany. "Until Christmas and New Year's Eve, the supply situation could still be a little tight, but from the first week onwards, we will then be able to hit the ground running with high-quality, pre-ripened stone fruit," explains Christian Hencke, specialized importer and managing director of the Hamburg-based company FFC Fresh Fruit Company. 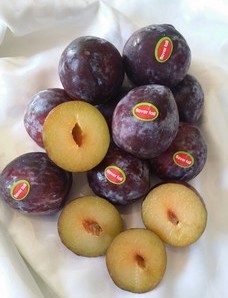 Due to the current cool spring weather in South Africa, this year's season will start about 10-12 days later. According to information acquired so far (as of the  first shipments in week 47-48), limited stone fruit volumes should be expected at the beginning of the season, Hencke said. "We will have 29 percent less apricots and 41 percent less nectarines. For plums, on the other hand, we're 85 percent ahead of last year in volume to start the season, but not until Christmas week."

Lush crop & normal sales expected
Hencke stresses that this shortage of goods will only affect the first phase of the season. After that, larger volumes are expected to hit the market: "The winter was optimal for stone fruit growth, so we generally expect an abundant harvest and great product quality, in line with the market. In addition, the market is empty: Italy is completely through. Now we need reasonable prices to create a continuous flow of goods." According to current expectations, prices for all stone fruits should be around last year's level.

The Corona pandemic is pervasive these days and is also keeping FFC busy, Hencke confirms. But the impact on the stone fruit market is rather limited, he says. "During the initial lockdown, we inevitably had to discontinue our premium line in food retail. After a brief boom in sales, the market returned to normal. In the current situation, we expect normal sales, especially since the retail programs are more or less unchanged compared to last year." 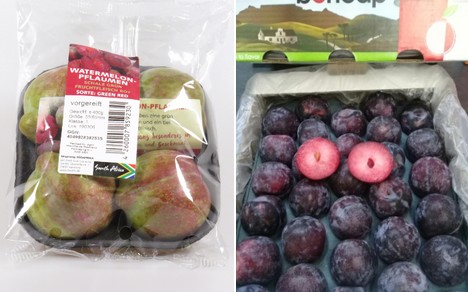 Varietal diversity drives stone fruit market
FFC has been among the leading suppliers in the overseas stone fruit sector for a number of years. The Hamburg-based company has set itself the goal of advancing the relatively new commodity category by means of pre-matured goods and high-quality varieties. "Our variety program is constantly being developed. Relatively new varieties such as Black Pearl, Flavour Fall and Honey Punch have now been able to establish themselves successfully. We see a high level of acceptance for new stone fruit varieties, especially among our wholesale customers, but the wheel turns more slowly in food retail, where the placement of new varieties is met with longer lead times." 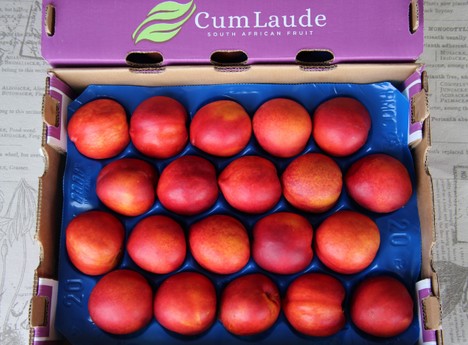 In addition, he said, some retailer's ideas are not really feasible. "Retailers want to offer large quantities of high-quality stone fruits as early as Christmas, although the first really good varieties don't hit the market until mid-January at the earliest. There we still see a need for clarification for us, as importers." Instead, they are investing in new late varieties. "Regarding plums in particular, there are some very good varieties now that we can offer well into May."

Ripening and packaging
Attractively packaged produce is the key to market success, he said. "That's why we ripen the produce on site as soon as it arrives by ship. The goods are then packaged sustainably, only in cardboard trays and reusable crates. This effort pays off and is ultimately rewarded." 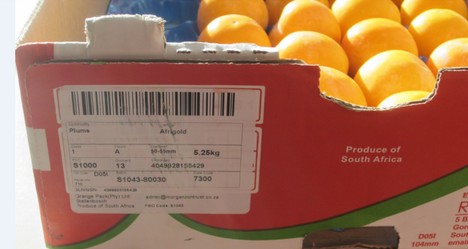 Yellow plums of the Afrigold variety

"We not only attach great importance to sustainable packaging for stone fruit, but also for grapes. All of our goods from overseas are packed in paper bags for loose sale. For the 500gr tray goods, only cardboard trays from South Africa are imported, saving on plastics." 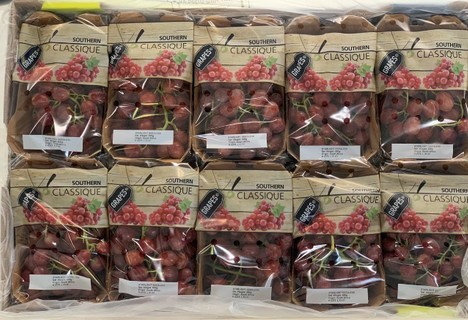