A memorandum of understanding has been signed between Fruit South Africa and the China Chamber of Commerce of Import & Export of Foodstuffs & Native Produce (CFNA). 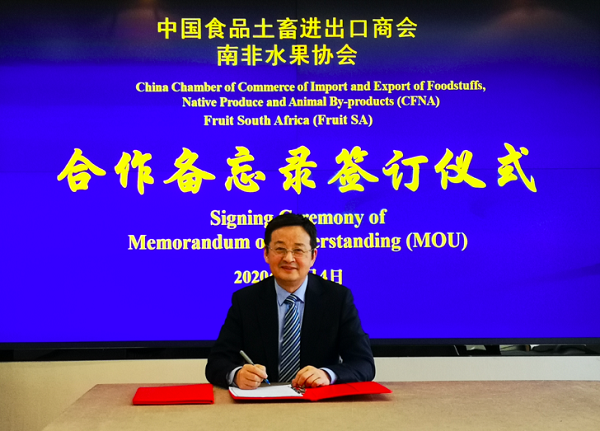 “It will serve to promote greater cooperation and statistical information exchange between the countries’ fresh fruit industries,” says Justin Chadwick, Board Chairperson of Fruit South Africa, umbrella body for the broad fruit industry. Information exchange on changes to regulatory legislation and customs procedures is another focus of the increased cooperation, which will include a working group to monitor the implementation of projects.

“We will also discuss long-outstanding issues such as market access. The most pressing items we are hoping to conclude are pears and the lemon review protocol.”

He continues: “With the big increase in lemon volumes in coming years, improving access for lemons to China will make a huge difference.”

Currently, due to a cold protocol unfavourable to lemons, there are barely any South African lemon exports to China.

Pear access one step away from completion
“The pear protocol has been completed for some time – it’s just awaiting ministerial sign off.”

Many fruit industries in South Africa, like avocados, stonefruit and blueberries, are earnestly hoping for access to China, but until pear access is signed off, there can be no movement on their cases.

It is a matter of some frustration to the South African industry which exported over 2.8 million tonnes of fruit last year. 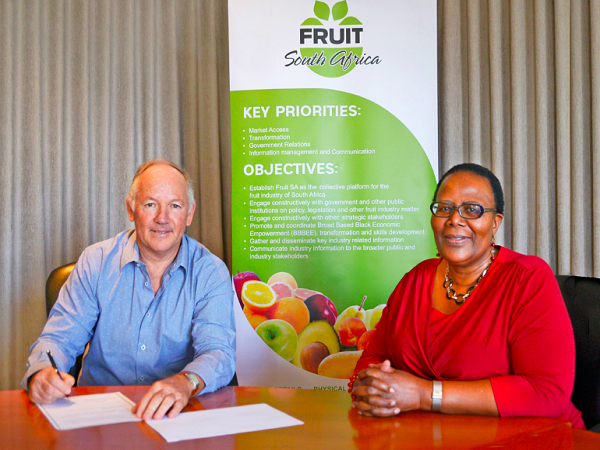 Justin notes that other countries have concluded similar MOUs with the China Chamber of Commerce of Import & Export of Foodstuffs & Native Produce, which represents over 6,800 Chinese companies and consists of 44 different chambers of commodities.

Representatives from Fruit South Africa and the CFNA will conduct trade visits and give support to each other’s promotional campaigns.