In a normal year, strawberry demand would have increased by now and would have remained high until the end of the festive period. This year, however, the restaurant and pastry segments are not working at full capacity due to the lockdown, which is causing problems to a product that is not strictly a necessity this time of year. 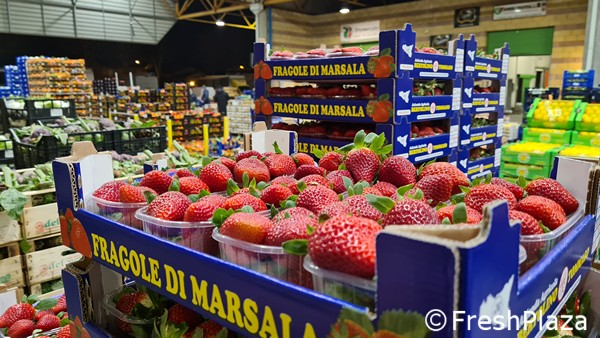 Strawberries at the Biondi Giulio stand

"In December, strawberries are mostly purchased by restaurants and pastry shops. Not many consumers buy them in stores or supermarkets," reports the Biondi Giulio stand at the Cesena wholesale market.

Strawberries are sold in 2 kg crates with a price that varies between €5 and €7/kg depending on their origin. "Demand from the local pastry shops was generally good this time of year, but it has dropped due to Covid-19. It is true that some businesses are open to the public, at least in yellow areas (i.e. those less affected by the epidemic), but they are selling less than normal anyway." 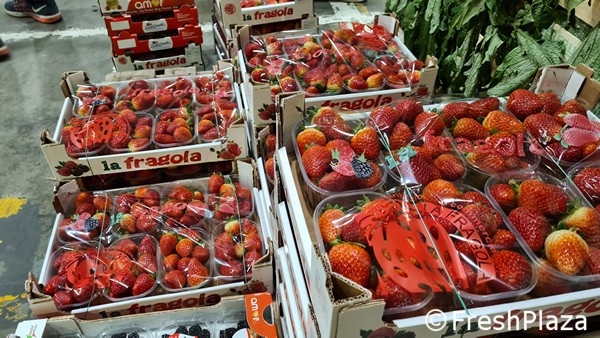 "It is not a price problem, as it is demand that is lacking. Much produce would remain unsold even if prices were half what they are."