Fresh ginger has high requirements for harvest time and storage time. The ginger harvest season usually begins when winter arrives. If the ginger is not stored properly for the right amount of time, then the ginger peel will fall off. Overseas market demand for Chinese ginger is high this season and many ginger production areas have begun harvesting earlier than usual. Production areas in north east China are currently exporting their early harvest of ginger in large volumes. This has a definitive impact on the Chinese ginger market. Manager Chen recently talked about the conditions in the Chinese ginger market. 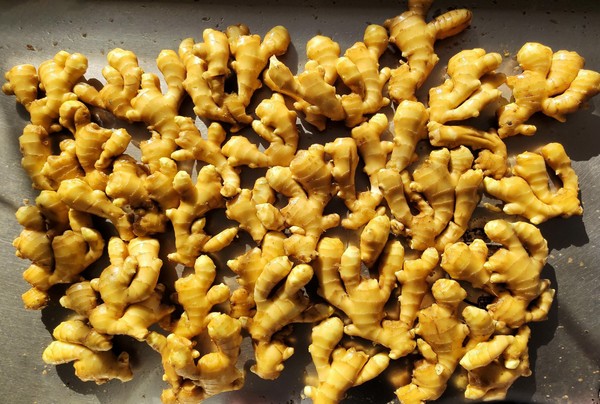 Juxian Taiyuan Foodstuffs Co., Ltd. mainly exports Chinese ginger to the European market. Manager Chen, a spokesperson for the company, said that "European market demand for Chinese ginger is particularly high this season. Some exporters have started the season two weeks earlier than usual to occupy a strong position in the ginger export market. The first shipping containers with fresh yellow ginger from Shandong were dispatched in the middle of November and have already reached their overseas destination. However, the product quality is less than ideal. Some of the ginger has black tips and the appearance is not good."

"Ginger suppliers in north east China have also started their export season. Unfortunately the region experienced a lot of rainfall in recent weeks. The ginger was harvested too early before it was ripe, and the ginger was not stored long enough, so that the water content remains much higher than normal. This has caused problems with product quality. Almost 50% of the ginger started rotting and had to be disposed.  In some warehouse that percentage was as high as 70%.

"Some exporters suffered significant financial loss because of this. Traders who harvested too early are all eager to export their ginger before the ratio of spoiled ginger becomes too high. They are eager to sell off large volumes of ginger, but the product quality of this ginger is subpar and unsuitable for long-distance transport. Much of this ginger is sold to Southeast Asian markets and the Middle East. The large supply volume has a definitive impact on the ginger market. The price is growing weaker.

"The current export price of Chinese ginger destined for the Dutch market is around 2,100 USD per ton." When asked about the market prospects later in the season, manager Chen replied, "Large volumes of fresh ginger from northeast China are flooding the market. I expect the supply volume of GAP-certified ginger to shrink, especially around Chinese Spring Festival [12 February, 2021]. And when the supply volume drops, the price will go up." 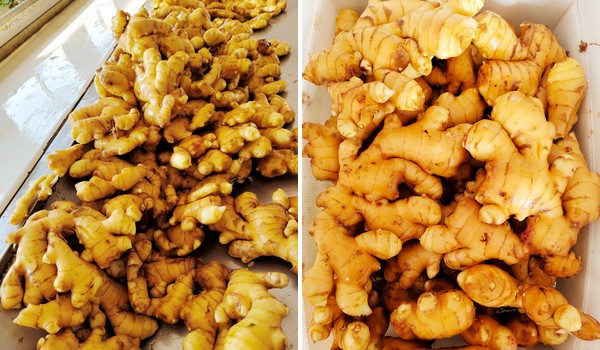 Another important factor in the ginger export market is the sudden rise in shipping costs. "The price for ginger orders from overseas markets was quite stable earlier in the season, but now the shipping cost has increased by 4,000 USD per container. Many exporters suffered financial loss as a result. We are also powerless to change this situation. We do our best to secure shipping containers and continue exporting ginger as well as we can," said manager Chen.

"European markets have high standards for import ginger. China mainly exports GAP-certified ginger to the European market. Everybody knows that Shandong is the largest supplier of ginger. But only importers know that most of the GAP-certified ginger comes from north east China. The north east is responsible for 25% of the Chinese ginger export volume. The fertile soil in north east China is relatively new and not polluted by trace metals and chemical pesticides. That is why the product quality of ginger from that area is much higher." 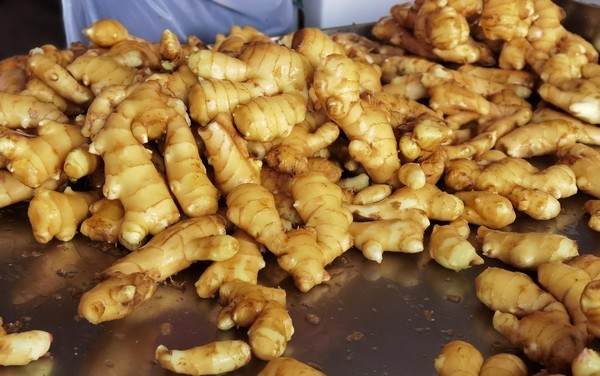 Manager Chen also discussed appropriate strategies for the ever-changing ginger market. "We also export small volumes of fresh ginger for loyal customers. We make sure that the pressure on our machinery is not too high and we keep a careful eye on product quality during processing. That is how we guarantee product quality. In the end, the risks of exporting too early are quite high. We avoid exporting large volumes this early in the season. We wait until the ginger is completely and properly processed before we start our export season when winter arrives."

Juxian Taiyuan Foodstuffs is a specialized ginger processing and export company (established in 1999). The company mainly exports Chinese ginger to markets in Europe and North America. The company holds a variety of certifications including GAP, SMETA, EU Organic, and USDA Organic. The company continues to supply loyal customers, but the company team also made new connections with clients in Germany and the Netherlands. The team is also in negotiation for a strategic cooperation with supermarket chains in Sweden.