Reducing losses with an antivirus cover for greenhouses and tunnels

As antivirus plastic films, Solaris and Virolux from Agriplast make the difference when it comes to income, guaranteeing high yields.

Producers fear plant diseases, and the New Delhi virus is definitely one of the most common. It is a disease that compromised the cultivation of open-field zucchini in many areas, although it is still possible to grow them in greenhouses and polytunnels. 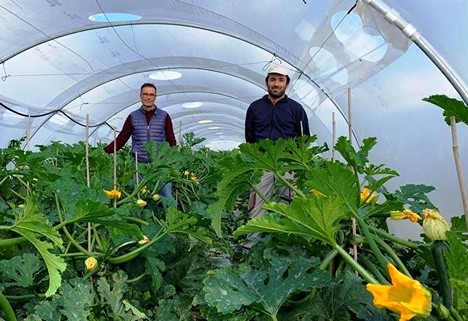 It is known that insects (mostly trips) carry various viruses, New Delhi included: the motility of these insects can however be influenced using the right technical means.

FreshPlaza talked about it with Salvatore Adamo, an agronomist specializing in intensive organic cultivation, who stressed how "the incidence of viruses is one of the main risks for producers, however they can be tackled using means such as physical barriers, chemical treatments and other instruments."

"When it comes to zucchini, one of the most effective solutions include those developed by Agriplast, a producer of plastic covers that mitigate the effect of viruses such as Solaris, a photoselective diffused-light thermal covering film. The unique texture of the film in question effectively disorientates the virus vectors, significantly reducing their activity within the greenhouse or polytunnel. This result can also be reached with Virolux, a photoselective gap film." 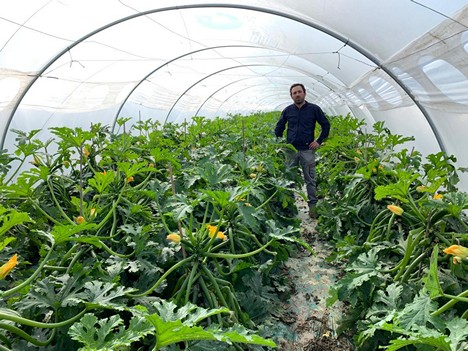 The agronomist reported the experience of "Soc. Agr. Cappello Eleonora e Andrea s.s." in Ispica, which has dedicated most of its 20 hectares to zucchini cultivation.

"At least for the past five years, the New Delhi virus has represented the main problem for zucchini cultivation all over Sicily. The percentage of infected plants was very high in the beginning, then we managed to reduce it by adopting natural barriers such as nets and non-woven fabric." 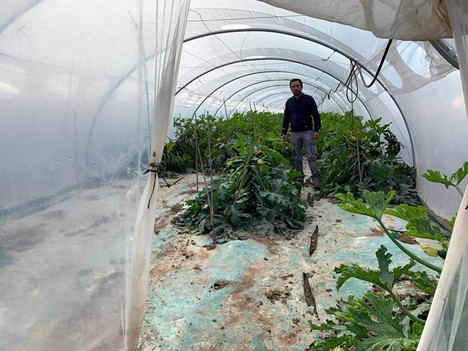 Above: polytunnel covered with a plastic film normally found in commerce. The virus manifested so much that plants had to be uprooted. Yields were low and management was problematic.

"Finally, a more concrete help arrived during the last campaign with Solaris covers from Agriplast. The advantage was that it completely disoriented the insect which, combined with the methods already in use by the company (anti-insect nets at the openings and leaf spraying), almost annulled the incidence of the virus on the plants. Even when plants started producing and operators passed more frequently, the percentage of plants affected remained low. This is because insects found it difficult to transit from plant to plant."

The video below shows the full beneficial effects of Solaris covers. The first part of the video shows a crop in a polytunnel covered with an Agriplast film, while the second part shows a crop covered with common "plastic".

"The results of using Solaris and Virolux can be seen in yields too. In fact, the crop being considered already exceeded the yields of the previous year halfway through its cycle."