This year has been a big year of change and diversification for one of Australia's leading premium fruit juice companies.

South Australia's Ashton Valley Fresh released three new retail products, including an all Aussie apple and orange juice and an apple and blackcurrant juice. In addition, a new range of condiments (oil, apple cider vinegar, and balsamic vinegar) will be launched within the next week. But the year has not been without challenges.

"We’re producing bulk juice with a limited number of juicing apples on the market for the first time in years due to low crop yield, bushfires, weather, and higher than ever first grade apple packouts," Business Development Manager Joyce Ceravolo said. "It’s been a challenge for us and customers to absorb the sharp price increase in juicing fruit but they’ve been fantastic in supporting us through unprecedented times." 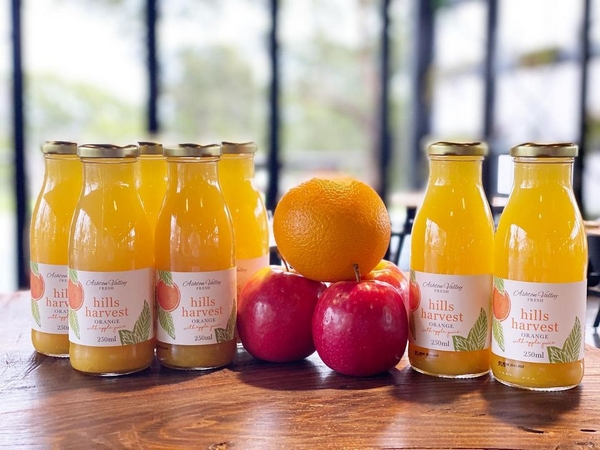 Ashton Valley Fresh is a family-owned business, based in the Adelaide Hills suburb of Ashton. It produces fruit juice with no added flavours, colours, sugars and concentrates, for the Australian retail market and even wholesales juice to other companies. The company also accelerated its plans for an online store this year.

"Our online store through Lot.100 was a project we had in the pipeline but was quite a way off pre-COVID as we were still working out what worked best for our business hospitality wise," Ms Ceravolo said.

"COVID sped the process up considerably and allowed us to implement a long-standing plan for an online presence and retail area in our cellar door. It’s worked really well and been a really good insight into how powerful the direct to consumer market can be in especially in times of uncertainty. We plan to build on the Lot.100 model and launch a secondary online store of our own which sells both juice and fresh produce from the Ceravolo Orchards arm of the business." 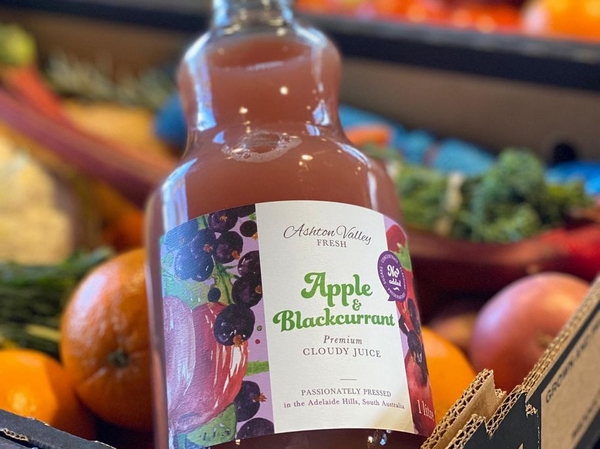 The company controls its costs across the value chain, owning its own trucks and cool storage facilities, while Ms Ceravolo says the company proudly sources locally first, from their own and other Adelaide Hills farms.

"Once we exhaust this, we source from growers all around Australia," she said. "We source our speciality fruits and flavours from the regions where they are grown best, like blackcurrants from Tasmania and mango puree from Queensland. We don’t source from overseas."

This year the Queensland share farm had some issues with a cool room temperature and lost an entire pick of strawberries, amounting to several tonnes.

"We brought it to Adelaide, juiced it and made an aseptically filled strawberry juice product in bulk which we use in our own retail range all year round and sell to brewers and cidermakers throughout Australia," Ms Ceravolo said. 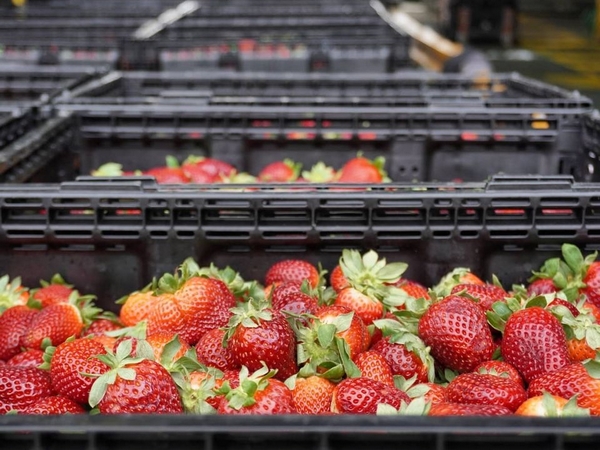 Ashton Valley Fresh sources any fruit not saleable at the retail level and press this into juice for a range of different purposes. Ms Ceravolo says the excess fruit product is fed to our cows and those of other local livestock producers; "to spread the love". By juicing on-farm, the company is able to reduce its carbon footprint. It is not only the sustainability measures that the company has introduced; with recycled wastewater, solar panels and the use of netting, which reduces the level of irrigation required.

The South Australian company supports the industry's position opposing a proposed Health Star Rating system that could give diet soft drink a higher rating than 100 per cent fresh Australian juice. Australia and New Zealand Ministerial Forum on Food Regulation have delayed a final decision until February, pending a review. But six Australian state and territory ministers and the New Zealand government want to introduce the rating system based on sugar content, despite opposition from two states and the Federal Agriculture Minister.

"Yes, juice contains sugar, but you can't just look at sugar, you need to look at the whole package," Ms Ceravolo said. "In addition to fructose (fruit sugar), the juice from the fruit also has vitamins, minerals, fibre and antioxidants, none of which are naturally present in soft drinks. Also, not all sugar is created equally. Sugar from natural sources is entirely different to sugar derived from sugar cane which means our bodies process it differently. When diet soft drink with 15 or more artificial ingredients and no nutritional value is considered 'healthier' than fresh-pressed juice from real Australian fruit you know there's a big problem."