Positive end of the season with LGV Sonnengemüse:

LGV Sonnengemüse is successfully concluding its first season after the merger. The new organizational structure, created from the two brands "LGV Gärtnergemüse" and "Seewinkler Sonnengemüse" brought additional synergy, with regard to coping with the Corona crisis as well. As of this season, the competences and experience of LGV Sonnengemüse regarding cultivation and marketing are also benefitting 18 vegetable farmers from Styria.

A major advantage of the producer organization is the number of member farms. The risks are is currently spread over 164 family farms and the security of supply of fresh vegetables in Austria could be secured even in these challenging times. 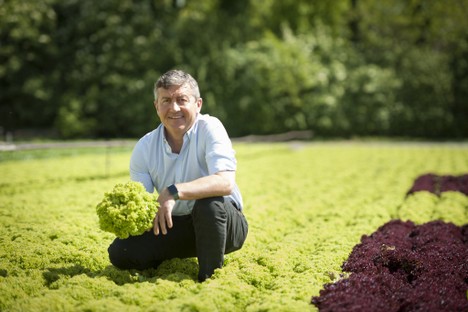 A more sustainable way of life
Vegetables are becoming more and more important in our diet. Local and regional fresh vegetables are particularly en vogue. Consumer awareness of a more sustainable lifestyle has led and will continue to lead to an increased demand for locally grown vegetables. The current situation during the Corona pandemic has further strengthened this trend. The LGV Sonnengemüse turnover could be increased by 17% to almost 100 million Euros. It is therefore the highest ever achieved.

The harvest volumes were increased by 6% to 45,000 tons. Due to the good demand, spoilage was reduced and the payout prices for growers increased slightly. As a result, the additional farm expenses caused by the pandemic were largely compensated.

2020 was also a very successful harvest year for melanzani +37%, pepperoni +58%, zucchinis +34% and spinach +166%. In total, over 60 varieties of fresh vegetables and garden herbs are being cultivated. Almost 100% of the harvest goes directly to the regional trading partners and the wholesale market. The export share currently stands at 1.8%.

Innovations and cultivation trials
The goal of LGV Sonnengemüse and its growers is to reactivate old vegetable varieties within the context of cultivation experiments, but also to test new, great-tasting vegetable varieties. The best products from these trials are to be sustainably produced over the following years, to find their way to the vegetable shelves of the retail trade. One current example of this are winter fresh vegetables, which have been available in retail stores under the LGV Gärtnergemüse brand since mid-November.

When talking about winter fresh vegetables, one can choose from vegetables, lettuces and herbs such as sprouted broccoli, sugar loaf, kale, radicchio, pak choi, radishes, carrots, batavia, salanova, parsley and coriander. The special feature of this project, which was developed together with the Höhere Bundeslehr- und Forschungsanstalt für Gartenbau in Schönbrunn, is outdoor cultivation as well as cultivation in unheated greenhouses and foil tunnels, which can be done in a climate and CO2 neutral way.

The added value lies in the conservation of resources: no use of additional energy, short transport routes and regional added value. The organic share is just under 50%; a small, but important step for LGV Sonnengemüse towards expanding the organic portion. The number of organic certified family farms has now risen to 21. The organic cultivation areas have been expanded by 15% and the organic harvest volume was increased by 11%, to a total of 1.6 tons.

Investments in quality improvement and resource conservation
The Corona pandemic has pushed many planned developments to the background, particularly where companies were looking at reducing and adapting packaging. Nevertheless, this year LGV Sonnengemüse has invested more than 3 million Euros in quality improvement, resource conservation and packaging avoidance. The cooling system was renewed, film wrapping lines were replaced by banding systems and new filling lines with combination scales were purchased. Work will continue in this direction in the coming season. Around 4 million Euros in investments are planned for 2021, with a new cucumber sorting line accounting for the lion's share of this.

Preview of the coming vegetable season
In the medium and long term, however, the biggest challenges in the vegetable business are not to be found within marketing, but within the production of fresh vegetables. On the one hand, it must be possible to respect, promote and reward the work of all growers accordingly, and on the other hand, a level playing field must be guaranteed throughout the EU, including the usage of pesticides and labor. In concrete terms, this means that Austrian standards must be applied and above all controlled throughout the EU.

Consumers also want to know more about production methods and the origin of their food. Here there are differences between the trade, where labelling works very well, and the convenience and gastronomy sector. The overall economic development in the wake of the pandemic will also be exciting. It remains to be seen whether the almost inevitable economic problems that will result from this, will lead to thriftiness and a reluctance to purchase goods. But even in this context, domestic fresh vegetables are considered to be one of the most crisis-proof products.