"The apricots look amazing compared to others on the market floor"

A major Victorian stonefruit grower is hoping for the good prices to continue throughout summer, with orchards producing some great quality fruit so far this season.

Prima Fresh Fruit, which is located in Tatura in the state's north, is well into harvesting across all stonefruit lines; peaches, nectarines, apricots and plums and Managing Director Gerard Alampi says production is slightly up on last year.

"It has kicked off quite well, I certainly think the great winter rainfall that we had in our region has helped a lot," he said. "I think everything is working right. We are getting some good-sized fruit and have good quality. It's so far so good." 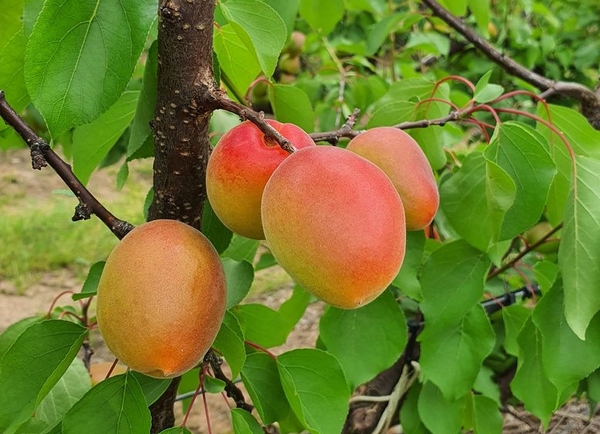 The company grows five varieties of apricots out of the COT International programme, and two traditional varieties Rival and Robada, and Prima Fresh says they are experiencing good crops and good sizes this season. It is marketed under the Prima Fresh brand.

"They are very high blush apricots," Mr Alampi said. "They've also got a very nice eating quality. It is great for production, as the trees bear good amounts of fruit, and the weather conditions have been quite fruitful. It's clean fruit that doesn't mark up. We've built a really good brand with these series of cots, and some of the varieties and you eat them and it is basically like an old-fashioned apricot from 20 years ago - they have a really good flavour. Some even have a hint of peach flavour."

Mr Alampi says despite the market being flooded with apricots at the moment, the company is still getting premium dollars due to its quality. At the start of the season, Prima Fresh was selling for between $12-14 per kilogram, but as volumes in the market increased, prices have dropped, but are still mostly between $8-10 per kilogram.

"The apricots look amazing compared to others on the market floor," he said. "People eat them and they just go back looking for them. So, I think the looks and the flavour are our most important keys; if you eat something that is amazing you are going to go back looking for it again. That has helped our brand a lot. We have been able to keep a premium price. Which is really good as the market is really saturated at the moment." 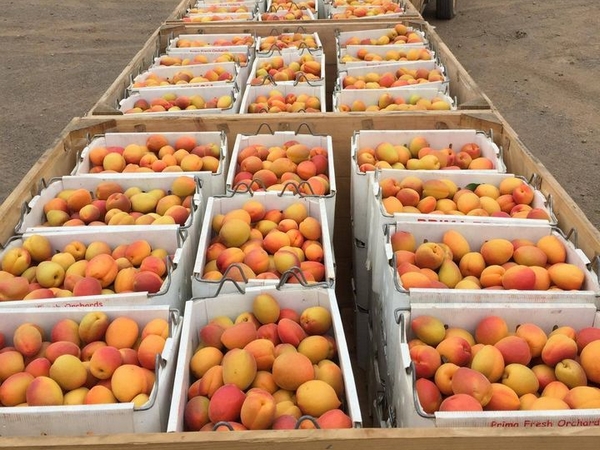 The company supplies apricots into the Eastern Seaboard markets and independent stores, with some volumes also going into Coles and Aldi supermarkets. Internationally, a small amount of the premium fruit is supplied into European cities in France and Italy, which also commands some high returns.

"The most important thing for us in terms of getting good eating quality is the weather conditions," Mr Alampi said. "If it is too wet and cold, you won't get the sugar, and if you don't get the Brix levels up, the eating quality is not as good as if the temperatures were in the mid-30s and warm nights, consistently. That is what we are getting. Apart from a few cold days, the temperatures have always come back up." 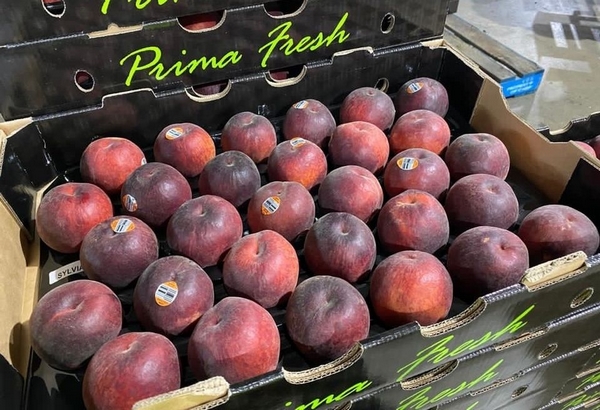 Prima Fresh is also just increasing supply of nectarines and peaches and Mr Alampi says there are some new varieties coming into production, which offers a great eating experience for consumers.

"At the moment we are on the melting varieties, which have good high sugars," he said. "Then we have some good varieties of plums, including some red-fleshed and yellow-fresh which will come through in the next couple of weeks. They are also good eating, and size. We will also offer premium, which can get us some good dollars as well, on a hard market. We also grow the Queen Garnet plum, together with Nutrafruit/Harrowsmiths- that is a very good variety to grow. You have to pick it at the right time, but it is one of my favourites."

The Prima Fresh stonefruit season started in mid-November and the harvest is scheduled to finish late March, with some supplies still on the market into May. The company will then commence its apple and pear season.