According to Nielsen scan data, SweeTango is among the top three managed apple varieties this season, notable for a variety that is still seasonal. Growers and packers with the Next Big Thing, A Growers Cooperative pointed to this year’s fruit quality and the loyal fan base the apple has built since it first hit the market in limited quantities in 2009.

“The fact that this apple with limited but growing volumes has this much demand, that just speaks to its future,” said Roger Pepperl, former retailer with Western region SweeTango marketing and sales lead Stemilt Growers. 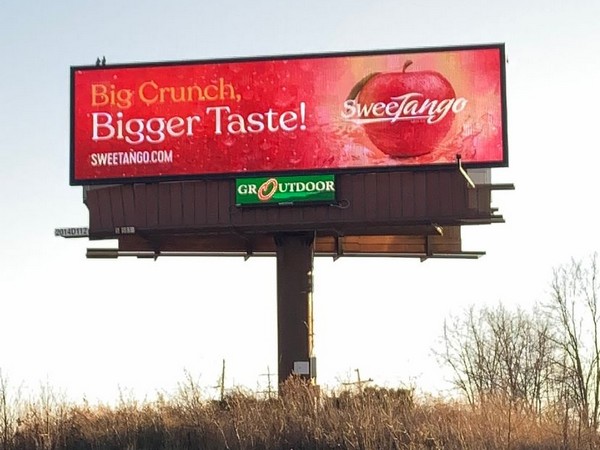 Consumer engagement
“This is the variety to stock this year. Consumers are more engaged than we’ve seen before,” said Austin Fowler of Fowler Farms, which leads SweeTango sales in the Eastern region.

That fruit quality has created new opportunities for retailers. “Retail demand is up this year. Because of this excellent quality and the buzz behind it, we’ve been able to add new customers,” noted John Cushing of New York Apple Sales.

To drive sales this season, the SweeTango cooperative has deployed a range of marketing activities adapted for COVID times. Packers have added a three-pound pouch to the brand’s usual two-pound pack and bulk fruit offerings, for today’s consumers who are shopping less often but filling larger baskets. The brand’s regional sales desks have worked with grocery partners to showcase the apple to both online and in-store shoppers. “We have had great support from our retailers this season, putting SweeTangos front and center. This coordinated push-pull strategy is rewarding everyone – growers, retailers and consumers,” said Jennifer Parkhill, executive director of Next Big Thing, A Growers’ Cooperative. 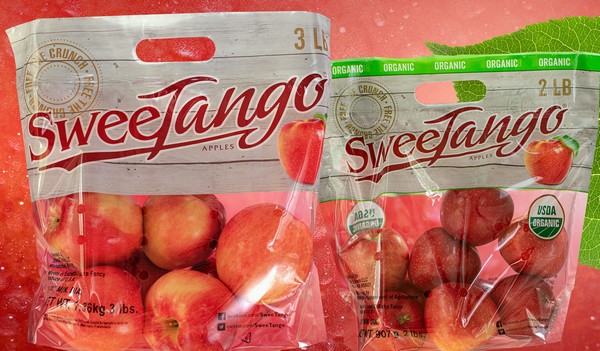 A three-pound pouch has been added to the brand's usual two-pound bag.

Broad outreach strategy
To pull through consumer sales at this unusual time, the brand has executed broad-ranging outreach online, on air and in print. Online, a tongue-in-cheek series of YouTube videos, “History Bites”, have racked up more than one million viewer impressions each month since they debuted early this fall. Mobile ads are targeting consumers who have intent to purchase, already converting intent more than 5,000 times. Meanwhile, billboard advertisements are appearing in key markets.

SweeTango is also tapping into the power of influencers including The Produce Moms’ Lori Taylor who has been talking about the apple’s benefits to both retailers and consumers.

The brand also refreshed its website SweeTango.com, including adding a real-time product locator that has already fueled 5,000 visitor searches. Meanwhile, social media audience engagement is up more than 60 percent compared to last season.

“We have a record crop and now record sales--well ahead of previous years here in Canada. The quality and eating experience of this variety, along with a refreshed go-to-market strategy, has brought on new retailers and consumers,” summed up Dennis MacPherson with Canadian marketing and sales lead Scotian Gold. “We are excited about where things are headed.”