The agreement will take effect after being ratified by the member countries, creating a market of 2.2 billion consumers, accounting for about 30% of global GDP and becoming the largest free trade region in the world.

Regarding Vietnam's agriculture sector, RCEP is expected to open up a sizeable new market for tropical agricultural products and processed foods. 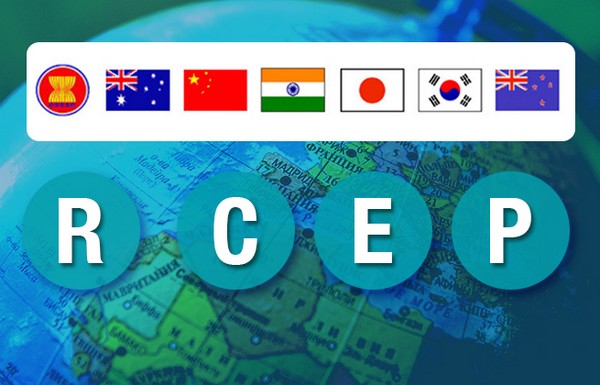 Vietnam has long been exporting to the ASEAN market many agricultural products such as rice, coffee, pepper, vegetables, and seafood, ASEAN being the second largest consumer market for Vietnamese fruit and vegetables.

In addition, RCEP will bring about many advantages for boosting the export of Vietnamese agricultural, forestry and aquatic products thanks to the simplification of import and export procedures, helping reduce time and costs for businesses while increasing profit margins and competitiveness in the RCEP market.

Notably, the rule of origin in the RCEP is considered a great advantage for Vietnamese agricultural products. Specifically, the RCEP sets out consistent rules of origin in the region, which will eliminate the need to reference many FTAs and adjust different procedures for countries in RCEP regarding the same type of good.

However, RCEP also poses challenges for the agricultural sector if the sector wants to take full advantage of the agreement. Similar products from different countries in RCEP will face greater competition pressure. On the other hand, when the agreement comes into effect, Vietnam will also become a large import market of agricultural products from other countries in the RCEP, thus Vietnamese businesses will surely face fierce competition in their "home field" in the fight to dominate the domestic market.