In the Vega Baja del Segura, the new campaign for the flagship product of this region in the extreme south of the province of Alicante, artichokes, has already started. The consequences of the DANA, which hit the region in September 2019 and caused the loss of 60% of the production last season, are still marking the development of the current campaign. 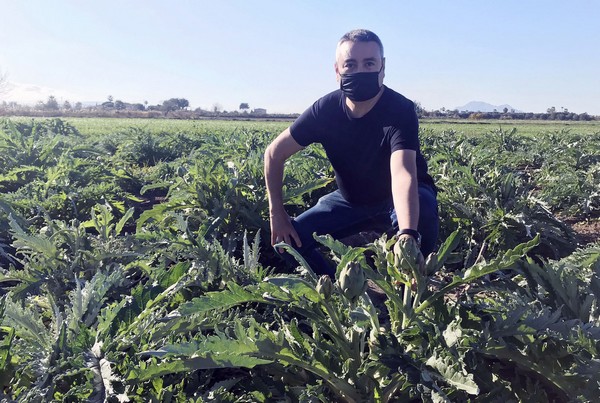 “The artichoke production area has been reduced by between 10 and 15% as a result of the plantations that were spoiled last year. We estimate around 1,800 hectares,” says Diego Martínez, president of the Vega Baja Del Segura Artichoke Association, which since 2011 has promoted the quality of this vegetable, as well as its consumption. “The DANA destroyed the second-year plantations because they were flooded for between 7 and 10 days and were affected by all the mud washed up on the boulevards in the upper part of Orihuela. The entire left bank of the Segura was severely affected and there are lands in which a bridge crop has had to be cultivated in order to recover the soil,” says Diego.

The losses amounted to about 15,000 tons, although a lot of plants and second-year cultivation area were also lost, and with them, part of the raw material with which to obtain more plants, says the president of the association. However, he stresses that "we aims to start over with the same enthusiasm we always have to ensure the campaign develops in the best possible way." 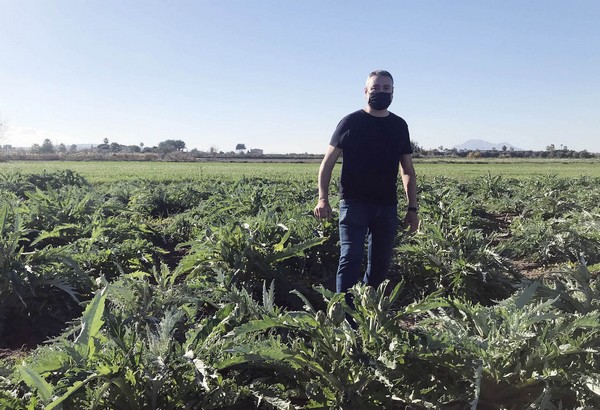 Fresh and canned
The recent drop in temperatures and the latest rains have marked the start of the 2020/21 season for the Vega Baja Artichoke. “The artichoke, the ‘jewel of the garden’, as we call it, is a winter crop and needs cold in order to develop optimally. 15 or 20 days ago, it was too hot for the time of the year,” says Diego. “At the moment, we are supplying the market with very good quality artichokes. The entire demand for the product is being covered and there's even a bit of a shortage, so prices are good, although it's always like that at the beginning of the campaign.”

The Vega Baja is the main artichoke producing area in the Region of Valencia and the second most important in Spain, after the Region of Murcia. This region is also the country's main exporter, as it accounts for around 50% of all Spanish fresh artichoke sales abroad. Diego Martínez says that fresh vegetables are shipped to nearby markets both in Spain and in the main European countries, including France, Italy, Germany, the Netherlands or the United Kingdom, given their perishable nature.

“It's a product that dehydrates quickly, and artichokes need to be tight and retain all the moisture they had when they were alive in the plant, so it is hard for them to withstand long journeys. But that's what canned goods are for,” he says with a smile.

In any case, the largest share of the production goes to the canning industry. "Of every 100 kilos sold in the wholesale, 30-35 are intended for fresh consumption and 65-70 kilos go to the industry," he says. "Canned artichokes from the Vega Baja del Segura reach the whole world, from Canada and the United States to Europe, South Korea or Australia."

This healthy vegetable, which stands out for its antioxidant, purifying and diuretic properties, has a wide marketing window of more than 6 months, extending from the end of November / beginning of December to the end of May.