There's still no clear-cut fruit and vegetable trade deal between the UK and the EU. That's creating uncertainty and unnerving Dutch exporters. The possibility of a deal is helping. But, this is doing little to alleviate the situation in the short term. "Time's running out," said Alex van leperen of Direct Fruit Services. That's in an article on the Rijksoverheid (Dutch Government) website. 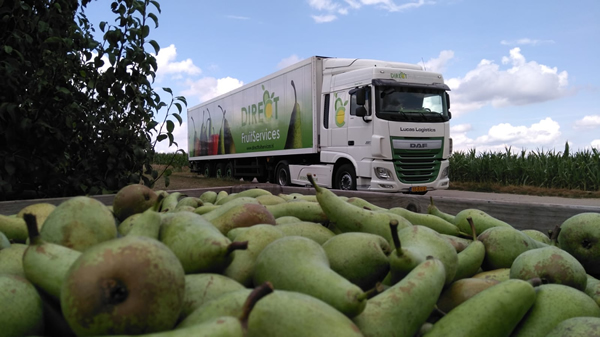 Alex is in his car and speaks hurriedly. He's very busy with Brexit preparations. His company mainly exports Dutch and Belgian pears to countries all over Europe. "Scandinavia, Spain, Italy, Romania, and Germany," he lists them. "In the UK, we have several large British supermarket chains as clients."

Van Ieperen is primarily concerned about the continued uncertainty about export documents. "Here on the Dutch side, we're discussing agreements with Customs and the NVWA (Dutch Food and Consumer Product Safety Authority, ed.). But, there's still no clarity on how things will go on the British side. And it's almost crunch time."

Certification
Certification is mandatory for the export of many agricultural products. These include fruit and vegetables. EU rules will apply until 1 January 2021. After that, the British will have to draw up and enforce their own rules. They're working on this. But it's not yet known exactly what it will entail.

“The UK's demands regarding what should be included in this health certification changes daily," says the NVWA's Brexit coördinator, Peter Verbaas. "That makes it difficult to predict how to change the documents the NVWA has already prepared. Nor is it clear what the British inspection operational process will look like. For example, will the Brits want to inspect ten or 15% of a product, like pears', consignments?

Fruit trader, Van Ieperen, also exports pears. For him, this uncertainly on the British side is a major issue. "It's vital that we're clear about the UK checks. These could cause delays, which we can't afford. Our pears have to reach supermarkets in the UK on time."

Deal
Van Ieperen thinks a deal between the UK and EU could negate all these doubts. "A deal is essential." The NVWA's Verbaas confirms the importance of a deal. He, however, warns that such a deal won't immediately ease all the uncertainty.

Partly because a deal would affect import tariffs. Also, export certification depends mainly on British rules. And according to the Brexit coordinator, it will take some time to implement any agreements that form part of a deal.

“There are 250 different health certificates. You could adapt some within days. That's based on the certification we already have. But, overall, it could take months. There's a good reason why the World Trade Organization (WTO) has a standard deadline of six months for this," says Verbaas.

Van Ieperen stresses that there's not that much time. If this uncertainty persists, fruit and vegetable exports will come to a halt. "The parties must come to a deal as a matter of urgency," he says. "If that doesn't happen, empty supermarket shelves might become a reality."

Bottleneck
Deal or no deal; Verbaas points out that delays in border procedures are unavoidable. Not only on the British side but also at Dutch ports. "Ill-prepared companies will hold things up." And Verbaas is hearing that certain exporters are going to be sending their goods via the Netherlands. These are those who usually operate using other routes, such as Calais-Dover.

“We have a good overview of the ports lead times." This might cause a bottleneck. The higher volumes Dutch ports may have to process could result in longer waiting times. "Because we can't simply scale up capacity," says Verbaas.

Here's some advice (in Dutch) from the NVWA: 5 things to do when importing and exporting agricultural products.

More time
Verbaas doubts the Brits will meet the 1 January 2021 deadline. "They need more time to implement a new system." The UK, more or less, recognizes this. They want to gradually introduce the new regulations. This is the already-published 'border operating model'.

The Brits might be taking more time. But, according to Verbaas, that doesn't mean Dutch fruit traders can relax. On the contrary. He encourages businesses to expose themselves to as many border procedures as possible. One way of doing this is by keeping a close eye on the British Government's websites.

“Everything isn't clear yet. But that's no excuse not to try the process out. Traders must, after all, consider how they are going to arrange their UK chains," Verbaas says.

Funnel
Van Ieperen sighs. His company has spent a lot of money preparing for Brexit. It would've been a good investment if all the uncertainties had been resolved. But that's not the case. What's more, there could be additional export costs and possible levies, should no deal be made. That would push up the price of continental European pears. British shoppers may then eventually choose a different product.

“We've built a huge wall, but no-one knows how far along it is. Everyone has to fit through a 2m gate. It's like a funnel and it's constantly being changed. Brexit isn't looking good for our sector," Van Ieperen concludes.