"With this bell pepper de-coring machine, we're focusing on the high-middle segment"

Producers seeking solutions, often come up with ideas for new machines. Or, it's machine manufacturers who see a gap in the market. This time, however, it was a distributor who came up with an idea. They developed it into a working machine along with the manufacturer. The result? A bell pepper de-coring machine aimed at the middle segment of the market. 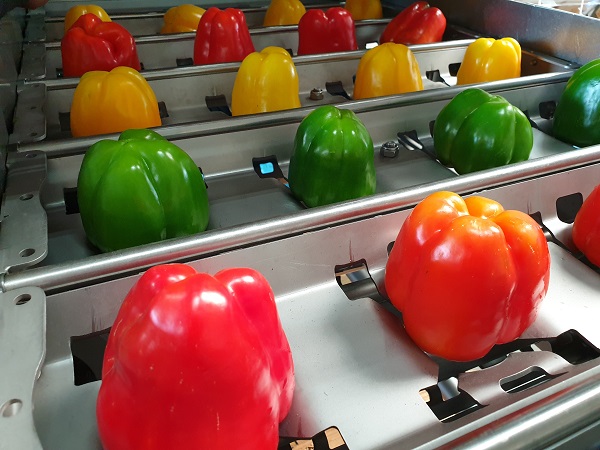 "We got the idea when a well-known Belgian producer of, among other things, salads wanted to expand," says Menno Jongsma, a director at Synergy Systems. This Dutch company partnered with Hitec Food Systems and designed this hygienic machine. "The company also uses small quantities of diced bell pepper in their salads. They needed a more compact, better value for money, de-coring system than those already on the market at that time. They wanted to process the bell peppers in-house. We saw an opportunity to penetrate the (higher) middle market segment." 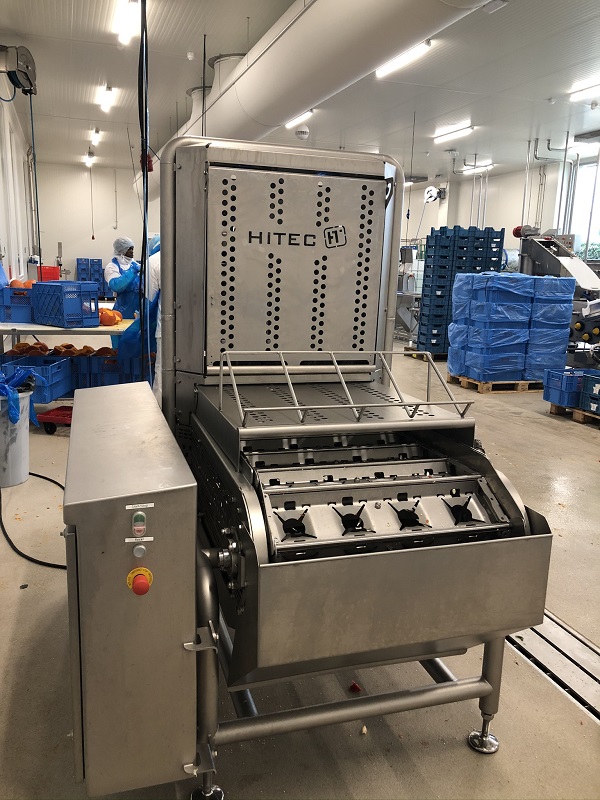 "So, we approached our partner, Hitec Food Systems. We're their Benelux dealer. We asked whether they could modify an existing HiTec machine. We wanted it to be able to de-core bell peppers as well. They got started right away, but it turned out to be easier said than done. However, this did trigger a whole development process at HiTec Food Systems to design such a machine. We now have it in our range. An added advantage is that HiTec can sell it through their and Kronen's global dealer network too."

Small batches freshly cut
The de-coring machine offers a market alternative for bell pepper processing. It halves or quarters the product. "Before, you either needed a lot of people - about six to eight for capacity. Or, at the larger processors, the bell peppers were cut whole. The residue, like seeds, the core, and stalk, were only filtered out in the washing line. With this new de-coring machine, we need only one person to clean the bell peppers. We can then process them without having to filter out all the unwanted material," says Menno. 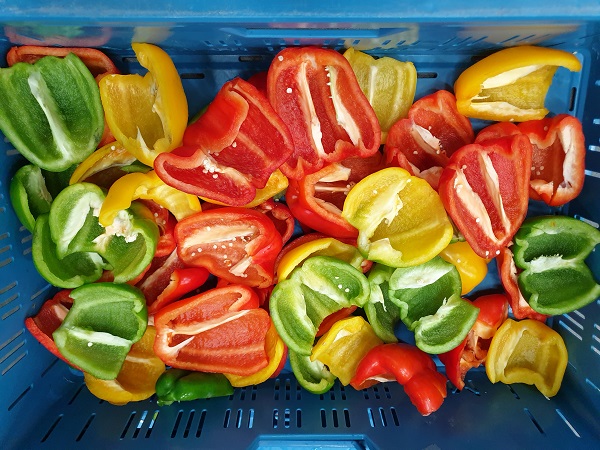 "That saves a lot of time and even makes small-batch bell pepper processing more attractive. Companies that put together meal salads often need these. That brings us to the second point. With this machine, they no longer have to rely on companies that produce small quantities of semi-finished products. These usually keep for maybe a day or two less. These companies can now process the bell peppers more cheaply themselves."

Capacity
"It's more efficient too. We've reached more than 80% efficiency with this system, which is a lot for a de-coring machine. Its capacity also plays a major role. This machine can de-core four bell peppers at once. That's a total of 60 peppers/minute; 3,600 per hour. That's far more than you can do manually. And that with a kind of oversized apple corer. It also only takes one operator to place the peppers on the machine. This isn't done mechanically because these vegetables are too often irregularly shaped," Jongsma explains.

Design challenges
The machine has been fully developed. But, there were several kinks in the road to the end result. "With the first type we brought onto the market, we found that, over time, the peppers' core stuck to the knife. That's because the core contains a kind of sticky, syrupy substance," adds the director. "So, we took a fresh look at the machine. We devised a mechanical solution that removes any sticky pepper cores after each de-coring. These better-designed machines are now running successful tests at various clients. It's taken some time. But that's part and parcel of pioneering a new type of machine." 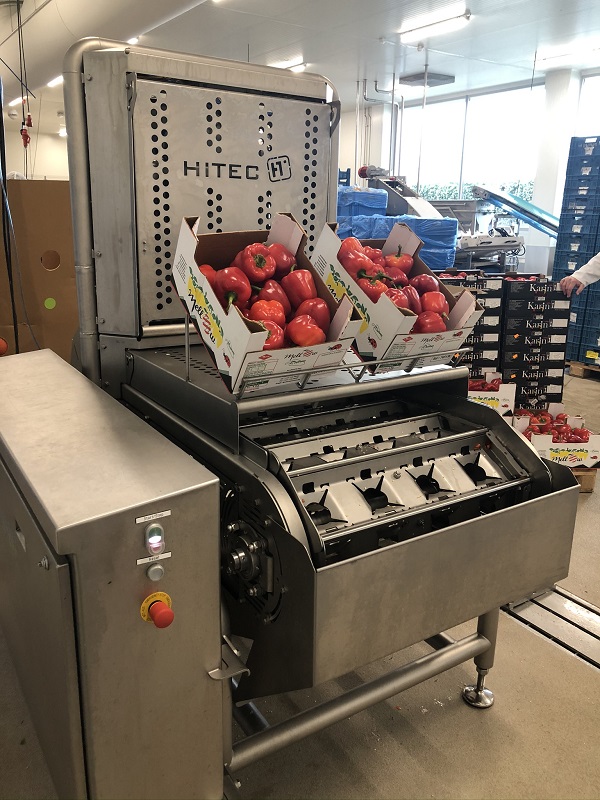 Stand-alone of part of the line
This machine is not only used as a stand-alone. It comes into its own in a complete bell pepper processing line too. "Together with our partners, Kronen & HiTec, we can provide our clients with a complete pepper processing line. We have machines that are placed ahead of the de-corer. These wash the bell peppers, removing possible pesticides and unwanted bacteria/fungi, etc."

"We also have systems that go behind the de-coring machine. These cut the peppers for processing into meal salads or as a semi-finished product. So, the machine meets the current convenience market trends. That's considering both the ease of processing for clients as well as the cooking and eating convenience. That's when the peppers end up in stores' salads or stir-fry mixes," concludes Menno.