South African litchi brand debuts in a season of firsts

Their litchi season has been radically different from last seasons and most seasons before that, says Wouter le Roux, of It’sofresh airfreight specialist exporter. 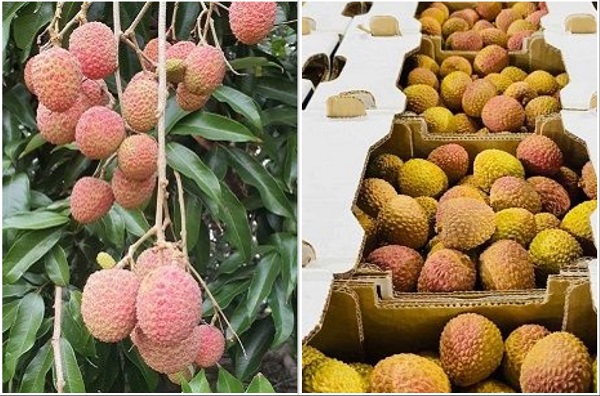 There is a good crop of South African litchis but demand is slow (Photos supplied by Vincent Keesenberg, Origin Fruit)

“It’s the fastest I’ve ever seen prices fall in, specifically, France over the course of a week, in all the twenty years that I have been exporting litchis. This already happened early in the season, about two weeks ago, when there were early airfreight litchis from Mozambique, Mauritius, Madagascar and South Africa.”

Last year everything went according to the game plan of getting in and  getting out before Madagascar’s seafreight litchi arrivals, but not this year because the season started late.

Madagascar’s first ship carrying litchis docked in Marseilles earlier this week, heralding the end of the airfreight season to Europe. (They won’t be continuing with seafreight litchis to Europe, given market conditions.) 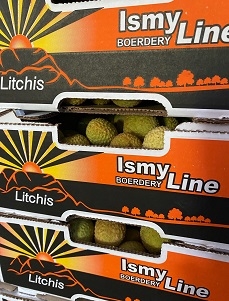 Instead, he and his partner Vincent Keesenberg of Origin Fruit, are sending about half their litchis to Singapore, a new market for them, and a necessary move to hedge their risk, Wouter says.

Yet another first will be sending litchis by sea to Dubai; the first container will be loaded next week.

“We’re all pretty excited about it,” he says. “Up until now we’ve only flown out the litchis to the Middle East.”

To top it all, it is the debut season of new litchi brand Ismyline, grown in Malelane. At Ismyline Boerdery, the family farms of Willem Dahms, litchis and bananas are produced. The name of the farm, and now the brand, is a contraction of the names of his grandmother, mother and aunt (it rhymes with 'green'). 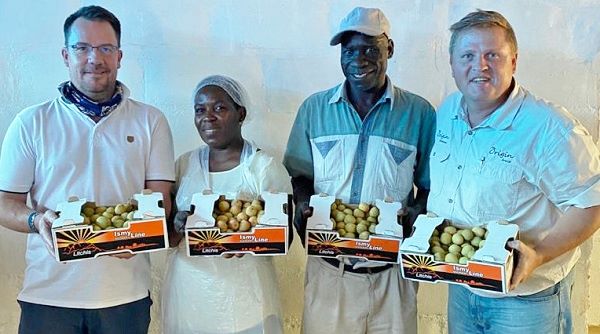 Wouter Fourie (It'sofresh) with Ivy Lubisi and Johannes Ntimane of Ismyline Boerdery, and Vincent Keesenberg of Origin Fruit on the right

The producer’s litchis used to be packed into the programme of a larger exporter, but this year he decided to launch his own brand, in order to optimise the price he obtains for his litchis. He’s expecting a crop of around 120 tonnes this year, says Vincent. 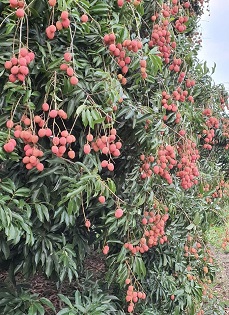 Wouter adds that South Africa has a good litchi crop this season and because of strong volumes, there’s good sizing distribution.

Loss of wholesale sector’s size-sensitive approach
In France the wholesale sector is under huge pressure and to a large degree dormant this year due to Covid, taking much fewer litchis.

With the restricted movement of people, few litchis are sold outside supermarkets.

“If you don’t have a supermarket programme on litchis this season, you won’t be doing any litchis to Europe now, there are basically no litchis on the wholesale markets.”

Traditionally it is wholesale specialists who differentiate between sizes and pay a premium for XL and XXL fruit; this year that option to obtain premiums for large fruit is much reduced. 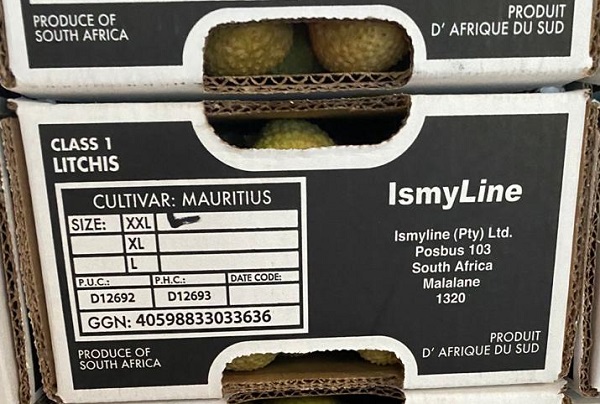 They’re planning on sending their last airfreight containers up until the twentieth of December, when the Malelane litchi season also ends, possibly a bit later given the delayed start.

Vincent cautions that due to the huge available volumes and slow demand for litchis, prices are also under pressure and the returns to exporters and farmers will be much lower than previous seasons.