The Board of Directors of Belgapom has unanimously chosen to collaborate with Christophe Vermeulen as the successor to Romain Cools as the CEO of Belgapom. He will also act as the director of FVPhouse, the umbrella organization of the federations in the Belgian potato, fruit and vegetable wholesale trade and processing industry. The position unexpectedly had to be filled when Tom Vandenkendelaere, with whom Belgapom and FVPHouse had previously reached an agreement, opted to succeed Kris Peeters in the European Parliament.

Marc Van Herreweghe, President of Belgapom: “It was no easy task for Belgapom to start a new search for a successor to our current acting CEO Romain Cools. We based our search on the same profile and are particularly happy with our choice of Christophe Vermeulen. Both his education and experience at national and international level form a sturdy foundation for assisting and representing the sector’s companies. As previously agreed, Romain Cools will remain active as an advisor for the benefit of his successor until mid 2021. He will then provide aid and assistance to Belgapom and FVPhouse where necessary until the end of 2021. In this way we will perhaps still bump into him at our Interpom international trade fair that will be held in Kortrijk XPO from 28 to 30 November 2021. This major European potato event has been postponed for a year due to the corona crisis.” 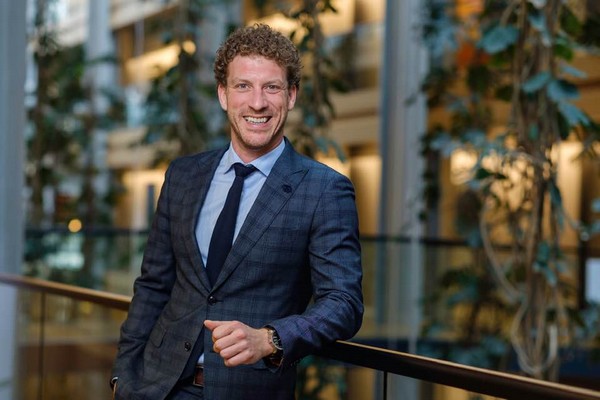 Romain Cools: “2020 was, to put it mildly, not an easy year. In our sector, too, the corona crisis has played havoc and the turmoil surrounding my succession did not make things any easier. However, I am a happy man. In Mr Vandenkendelaere we have a strong contact point in Europe and I am particularly happy that our board has appointed Christophe Vermeulen as my successor. I’ve come to know him through his activities within the European Parliament and, just like my colleagues, I’m impressed by his knowledge of issues and above all his enormous enthusiasm. These are two characteristics that convince me that Belgapom and FVPhouse will be in good hands. The fact that Christophe can fall back on an excellent and motivated team within FVPhouse offers an additional guarantee of good service for our companies.”

“I’m glad Christophe can start on 1 January. I will slip into retirement halfway next year, but until then I can offer him advice and assistance. I’d like to share my experience as secretary of Belgapom, which I’ve been for 30 years, but also as general-secretary of Vegebe (the federation of processed vegetables), Europatat (the European potato trade) and EUPPA (the European potato-processing industry). I’m not stopping completely yet: until after the World Potato Congress in Dublin in June 2022 I will remain the CEO of the Canadian NGO World Potato Congress inc., a network platform for the global potato chain.”

Christophe Vermeulen is a lawyer specializing in European Law. After a brief spell at the Bruges bar, he was active as a parliamentary assistant at the Flemish and Federal parliaments. He worked as a bilateral attaché at the Ministry of Foreign Affairs and as an adviser at the office for Public Enterprises. During the past few years, however, he focused on Europe where as a team leader, communications officer and adviser on trade and foreign policy at the European Parliament, he could focus in depth on the European policy that is so important to the sector. Even then he cooperated with the potato sector on trade conflicts concerning the export of Belgian frozen potatoes. He also actively followed up on the Brexit dossier, the new CAP, the contours of the Green Deal and the free trade agreements with amongst others Canada and Australia/New-Zealand. He was interim chairman of JONGCD&V in 2012 and at the end of last year was one of the 7 candidates in the national elections for the chairmanship of the CD&V party.

Christophe Vermeulen: “I’m very grateful for the confidence the Board of Directors has shown in me. I’m really enthusiastic and driven. And that’ll be necessary, since following in the footsteps of an icon such as Romain Cools is, to say the least, quite the challenge. I’m extremely proud that I may represent the interests of our potato sector, the jewel in the crown of our agri-food industry. And we have our work cut out for us: amongst other things the corona crisis, Brexit, anti-dumping, the Green deal, the many challenges of sustainability and health ... the list is pretty impressive. I’m pleased that Romain has offered to closely accompany the transition and I’m really looking forward to jumping in with the entire team.”