“They’re good here—I have more than last year. Last year I didn’t make it 12 months with supplies and currently it looks good to meet that 12-month need for sweet potatoes,” says Matt Garber of Iota, LA-based Garber Farms. He adds that Garber Farms also has good amounts of each size. “Last year jumbos were tight but so far this year we see enough of them in the crop for a normal season,” says Garber. 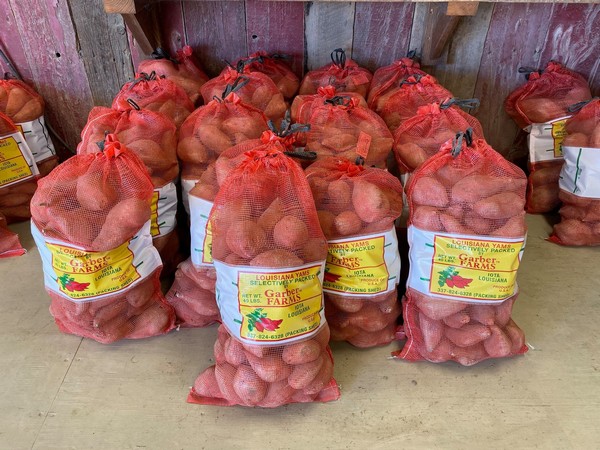 Harvest also was normal. “This is pretty spectacular for us given that we had those storms that came through,” says Garber. (In August, Louisiana was hit with Hurricane Laura and then Hurricane Delta in October.)

He says overall there’s an average crop in North America.
As for demand, that picture continues to develop. “We’re not heavy into foodservice but I have seen that decline which makes sense because there are so many restaurants not open or with limited menus. Retail is good and steady,” he says. However, Garber notes that are numerous shifts happening in buying sweet potatoes that do add up. “Fundraising sales are cancelled for example. But some of that’s been taken up by the USDA Farmers to Families Food Box program. Some of the smaller sweet potatoes that we lost outlets for have found their way into that program which has been nice to be able to sell them.” Overall, he says sweet potatoes, unlike many other commodities, have fared well in movement in this pandemic.

LA pricing slightly down
As for pricing, he does note it is lower than last year at this time. “Last year was a tighter crop than normal and so pricing is lower which is disappointing,” Garber says. “There’s a lot of production of sweet potatoes across the U.S. and Canada and so an average crop compared to last year has led to lower prices.”

Over in Nashville, NC, Nash Produce reports good supplies of sweet potatoes as well. “Supply is very comparable to that of last year. Most growers finished their harvest by November 1st despite some unfavorable weather in certain regions throughout the growing season,” says Rebecca Scott of Nash Produce, adding that Nash’s crops are largely grown within a 60-mile radius of Nashville, NC. 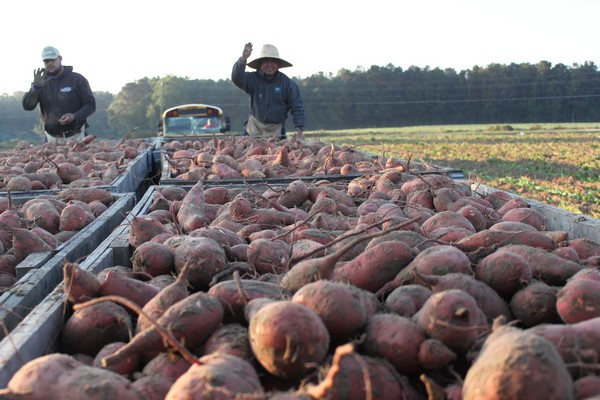 As for demand, like Garber, Scott too notes that foodservice demand has not recovered from the pandemic but that there is good retail demand for sweet potatoes. “We project seeing consumption rates of sweet potatoes increase,” she says, noting that Nash has recently introduced a 3-4 count tray pack. “Thanksgiving sales were very consistent, if not up a little this year.”

As for pricing, she notes that pricing is relatively steady compared to last year. “Supply has been reasonably similar, if not higher, when comparing 2019 crop to this year’s crop, while demand continues to rise each year. This year the pandemic was a curveball and this created an unseasonable spike in sweet potato demand during the early stages of the pandemic,” says Scott.