As the cactus pear harvest is getting ready to begin late December in Argentina, La Pirucha Farms, an Argentinian/California venture is looking to expand into new markets. 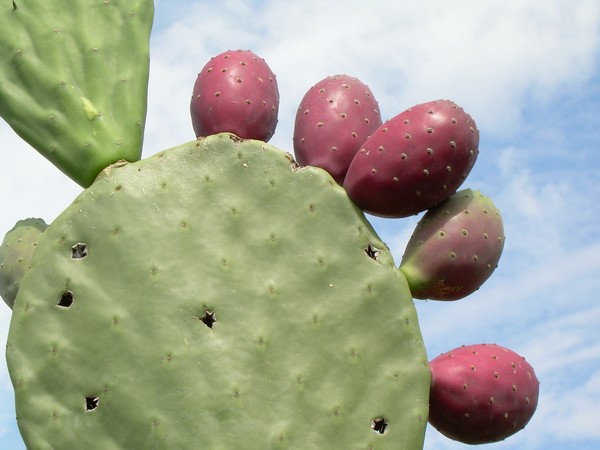 The cactus plantation is located in the hottest place in South America, with lots of sunshine that makes for high Brix and very early summers says Peter Felker, a scientist of Casa de Mesquite, Salinas, CA. Felker started this 10-acre plantation, located approximately 1,000 miles north of Buenos Aries in the poor area of Santiago del Estero, during his time there in the late 1990s and early 2000s.

“When I moved there, I took cactus with me and we established the early part of this plantation,” says Felker. “I established a fuchsia variety, a green variety and a yellow variety and that’s what’s there now.”

The plantation was developed by La Pirucha Farms, a venture of the Scrosoppi family in Argentina. Felker says that these varieties are as good as the older varieties. “The Fuchsia has a 13.5 Brix and the green a 15 Brix,” he says. “We’ve also started multiplying three new patented hybrid California varieties with purple, pink and orange fruit that are very juicy and firm with 14.8 Brix. These are crosses of the sweetest, juiciest Mexican green and white varieties with colored varieties and no other orange, red or purple varieties have this high Brix /firmness levels. It’s close to 15 percent.” He adds that these hybrid California varieties are improved over the more commonly known yellow and green ones. 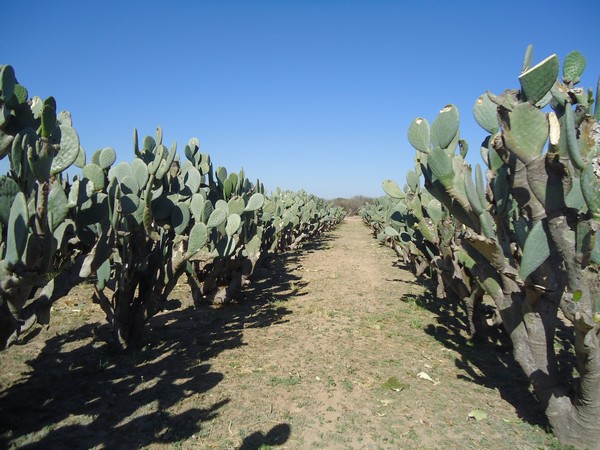 South America to start
Salvador Scrosoppi of La Pirucha Farms says the company is now looking at markets within South America and Europe for these fruits. “There’s no fruit in Europe at the time the Argentine fruit is ready. However, given the three-week shelf life air freight would be necessary,” he says, noting cactus pears are likely the type of fruit to be featured at higher end restaurants and hotels as well as specialty fruit markets. 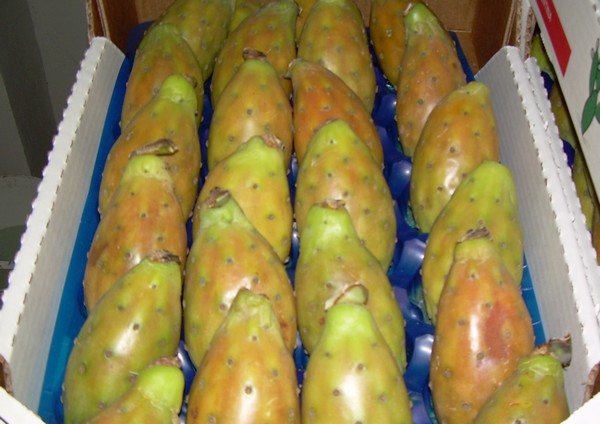 Scrosoppi also says the company will target larger cities within South America to find a home for the fruit and then look outwards to Europe for shipping.