Pieter de Ruiter of the Dutch company, 4 Fruit Company, says sales could be better. "Spanish greenhouse vegetables aren't faring well at all. That's mainly due to the lack of demand from the hospitality industry. That sector is now in a second lockdown. That's the case in not only the Netherlands. That's true for other European countries such as Germany too. It affects companies' export as well."

He also mentions the Spanish greenhouse vegetable season started early this year. That, while the Dutch season was a little longer. "That's an explanation I hear often. But, I think it's less important than the second lockdown. Those few Dutch greenhouse cucumbers still on the market aren't going to make much of a difference for the Spaniards." 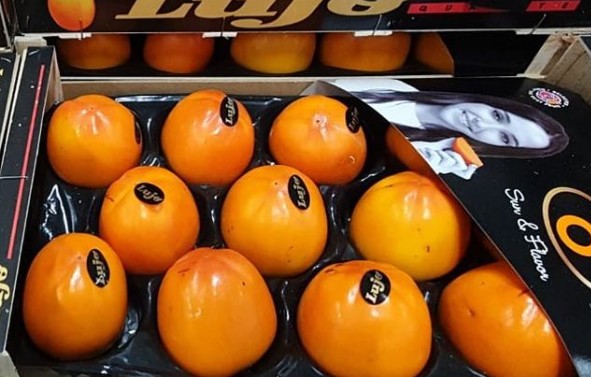 Kakis and citrus
Greenhouse vegetables might not be faring well. Not so, with kakis. "I'm satisfied with this product. They sold well. Other Spanish products, such as pomegranates, also moved well. Citrus sales collapsed a bit after a fantastic summer. It may have been the best ever. But the South African season came to an end, and volumes decreased."

"The market, therefore, made a complete turnabout. The first Spanish Navelinas weren't of the best quality. We waited until mid-November with the first Salustinas from Spain. So, there was a slight gap in the citrus market at the end of October/beginning of November."

4 Fruit Company doesn't only market kakis. They have a small share of full-soil Spanish vegetables, like cauliflower, too. "Things weren't running very smoothly. That's mostly because the French also grow a lot of open field vegetables. That country's closer to the Netherlands, so transport costs are, of course, lower." But Pieter can't complain about production in Spain. "I can get everything from the growers there. Now, I just have to be able to sell it," he concludes.