“Fewer Spanish kakis this year, which could mean shortages in the second half of the season”

The first Spanish kakis arrived on the Dutch market at the beginning of October. But it was only from November onwards that sales at European retailers began to rise again. That’s according to Floris-Jan van Os, account manager at wholesaler, Hillfresh. “This season’s expected to continue into January.” 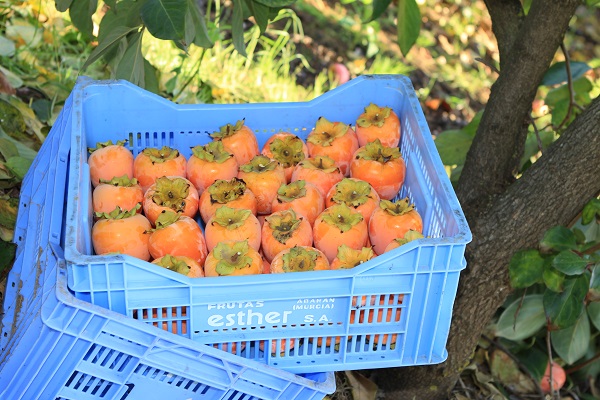 There are, however, fewer kakis currently coming from Spain than last year. “That’s mainly due to the additional disease pressure in the fields around Valencia. There are also fewer fruits on the trees. But last year’s poor results also play a role. Then, we had an enormous harvest; now, it’s a little less. The persimmons also grew quickly at the beginning of the growing season."

"At first, we expected the fruit to be much larger. However, they ended up being smaller. This affects the total volume," says Floris-Jan. "We still have enough available to supply all our clients for now. The second half of the season might, however, see a reduced availability on the market. The Spanish growers are, therefore, focusing on a better spread. In October, there were still plenty of kakis. These were shipped directly to clients."

"Storage kakis followed in mid-November. Valencia had quite a lot of rain and hail. That damaged between 600 and 800 ha of kaki. The farmers didn't harvest these. We’ll have to wait and see what effect the excessive rainfall will have. This whole situation might lead to more favorable prices in the season’s second half,” Floris-Jan continues.

Another reason for this year’s diminished volumes is that persimmon acreage isn’t expanding in Spain. Trees are even being uprooted here and there to make way for other crops. “In 2019, farmers didn’t have an easy time of it. There was a lot of volume on the market. That put prices under pressure. That left many growers wondering if they should continue with this product. Kakis used to be an important product for Spain. That was before the 2014 Russian boycott."

"But since that market closed, these volumes have to be sold on the European market. I think they've done this quite successfully, although marketing is still necessary. For example, during the school fruit promotion week, we send kakis to schools. The response to this fruit has been positive. We also market our persimmons in-store. We, for instance, gift shoppers with a kaki slicer. This helps people learn how to eat this fruit. So, kaki consumption in Europe is still rising,” explains Van Os. 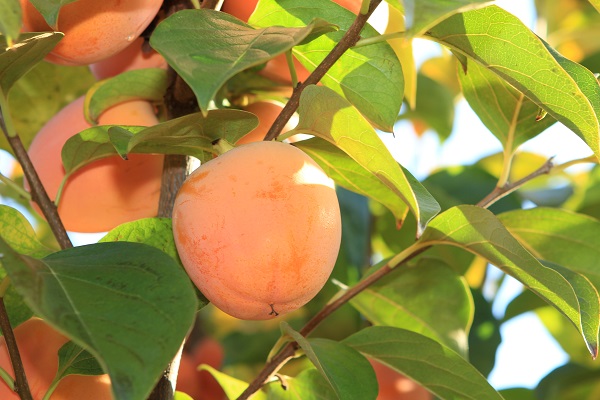 Hillfresh sells almost all its kakis to retailers. But, they have other sales channels for this fruit too. “In Spain and Germany, a substantial proportion of persimmons are sold at wholesale markets. These then end up in the retail/hospitality sector. However, many European countries have closed hospitality establishments."

"So, these clients are buying less," says the account manager. "We also trade Class II kakis. Most of these find their way to Eastern European retailers and wholesale markets. This is an entirely different circuit from Class I fruits, but we do it too. We started off as a grower. So we sell everything the trees produce.”

Spanish farmers, therefore, managed to penetrate the European market. That was with the kakis they used to sell to Russia. And in Russia? “They now mainly have Azerbaijani and Uzbek kakis on their store shelves. I question if these meet the Spanish products’ quality,” concludes Floris-Jan.