Honduras has had to cope with two major storms in recent weeks, Eta at the beginning of November and Lota a couple of weeks later, which caused rising river levels, flooding, and landslides.

Despite the damage caused in some parts of the country, Ian Crispin, Commercial Director at Pacific Produce Ltd said the heavy rain has not had an adverse effect on the fields in their growing region of La Paz. 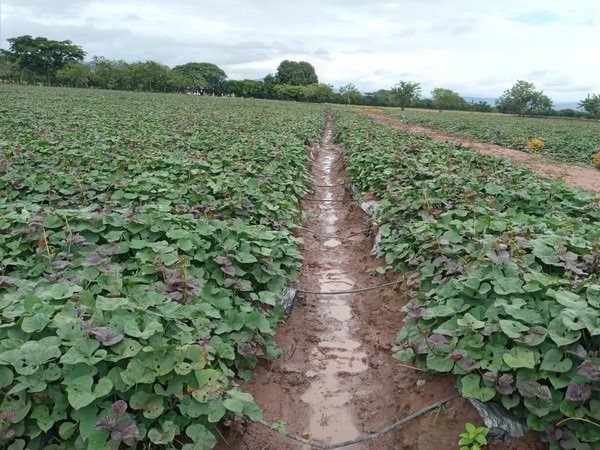 “From our side everything is looking good in the fields and we won’t start our Honduran departures in earnest until late January or early February anyway. So we will have to see how the market develops at the beginning of the year, with all signs that there could be a significant uplift in prices by that time, as we also saw in the previous two years. In 2020 it was due to pandemic which for some reason saw the prices of sweet potatoes spike in March / April, before return to a more normalised level through the summer months, and the year before it was because of the small crop in America due to hurricanes / flooding, so it is now not unusual to see prices of £10+ at some points through the year.”

“As for the situation on sweet potatoes from the US and the new 25% (+ original 3%) import tariff, we will have to see what develops. Their retail programs in the UK work on fixed-price contracts and so the retailers will be being asked to shoulder the cost of increased prices, and we’ll have to see what develops there, although I can imagine the American growers are being quite bullish right now. It is a different story for the open market, where it will be a risky business to bring product in this side of Christmas, when sweet potatoes are still available from other countries such as Egypt and Spain.”

Historically nothing much will depart from the US until after Thanksgiving anyway, when exporters have had a chance assess their stocks and form a plan for the remainder of their season. So it’s probable that from January there will be a shortage in the market which will cause prices to increase.

“Whatever happens regarding the US / EU trade differences when Biden is officially sworn in, or what happens when Brexit comes into force, with or without a deal in place with the EU, at the beginning of next year there is likely to be less sweet potatoes in the market place come spring.