In Australia, avocados are produced almost all year round due to the range of climates and conditions in our eight major avocado growing regions. 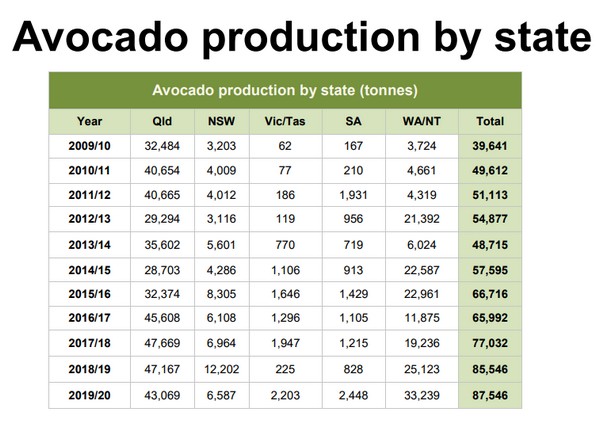 Hass is the main avocado variety, and is produced almost all year
round. In 2019/20 Hass represented 80% of production. Shepard, which is harvested in Queensland through late Summer and Autumn, made up 17% of production, and at that time of year, is the dominant Australian variety on the market. 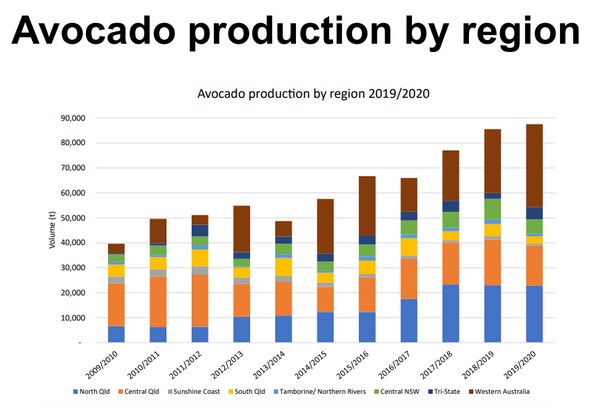 The three percent of fruit which is not Hass or Shepard is made up of the following varieties, listed in order of volume produced: Lamb Hass, Reed, Wurtz, Gwen, Sharwil, Fuerte, Pinkerton, Gem, and Bacon.