"We were able to create a professional production base through cooperation"

SuezFruit has started its Egyptian legume season. Since last week, the first Egyptian-made snow peas have been arriving in Europe.

"Through partnerships and cooperation, we have created a professional production base that is large enough to guarantee supply security. The products are marketed under the slogan 'sugar snaps and snap peas from the land of the pharaohs'," says Ahmed Adel, Brand Ambassador of SuezFruit. The SuezFruit brand is intended to further promote the sale of Egyptian pulses in Europe, the company adds. 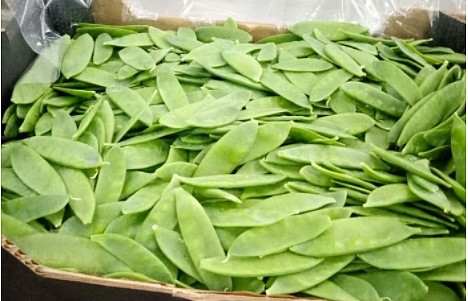 The picture shows the first batches of the season which arrived at Schiphol Airport in Amsterdam on 19.11.

Fresh pulses until March
The Egyptian season will probably last until March; green beans can be offered even longer. The snow peas mainly grow in the northeastern growing area of Ismailia. Adel: "Directly after harvesting, the fresh produce is packed at the nearby packing station. The site employs 150 people, all according to SMETA specifications."

Snap peas mainly grow west of the Suez Canal. "They are usually harvested 28 days after flowering, because the quality is best at that point in time. This means that at this stage, the products are practically fiber-free, not too dry and their specifications will meet the expectations of the European consumer," Adel explains. 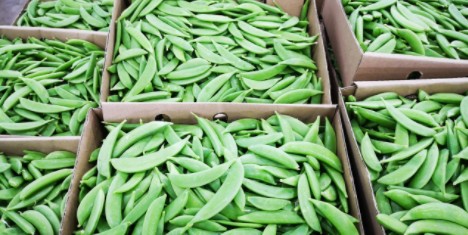 Expansion of legume production
He adds: "Although Egypt is a large producer of numerous fruits and vegetables, legumes were a marginal phenomenon until very recently. However, huge investments are now being done in these growing areas and the quality is also improving every year. We are working to build partnerships with our customers, striving for an outstanding product," says Adel when describing the current developments in the North African country. According to statistics from the European Commission, Egypt exported almost three million tons of pulses to Europe last year.

SuezFruit as part of a strong brand range
The positive development makes Egypt an interesting partner for European importers. "We have recognized the potential and have opened an office in 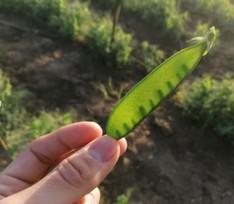 Egypt. Now we are operating under the SuezFruit brand, at the start of this new season. This brand not only benefits from the existing distribution network of the Hamburg parent company, but is also the perfect complement for opening up Egypt alongside its globally successful sister brands: ElbeFruit, ZambeziFruit and NakuruFruit".