Reefer rates out of Europe are going up

European reefer rates are seeing upward pressure. Some major lines are announcing significant increases, for reefer cargo in particular, but for standard freight containers as well. CMA CGM has unveiled the largest peak season surcharge (PSS) of US$600 per reefer box from North Europe, Baltic, Scandinavia and Poland to Middle East Gulf, Red Sea, India and Pakistan, effective from 1 December.

On the same date, Hapag-Lloyd will apply a PSS of US$200/reefer container from Spain, Italy and Morocco to Canada and the US on its Mediterranean Canada Service (MCA) service. 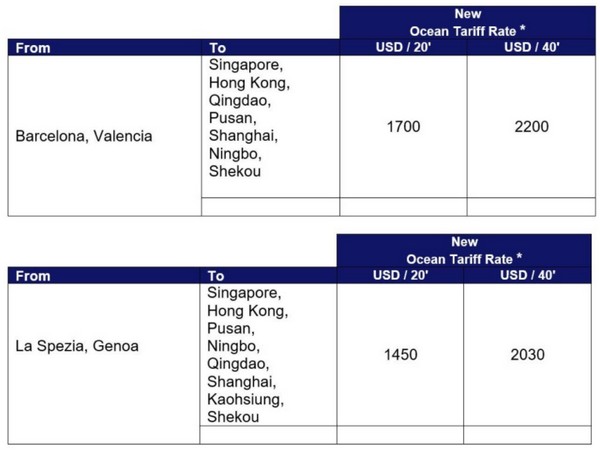 In the meantime, the French shipping group will implement another PSS on 3 December. This surcharge will apply for all cargo types (except out of gauge) from Italy to Central America East & West Coasts, Mexico West Coast, the Caribbean & Windwards (Puerto Rico & Cuba excluded) and will be €50 (US$60)/20' | €75 (US$90)/40'.